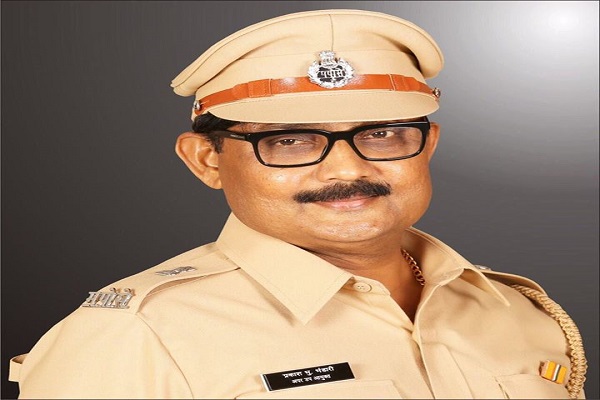 THE Bandra police in suburban Mumbai have registered an FIR against Assistant Commissioner of Police (ACP) two articles exposing their corrupt and illegal practices. ABI (Akela Bureau of Investigation) ran reports showing how father and daughter kicked out their business partner Megh Shah at gunpoint to acquire a fashion store and even made an attempt on his life by trying to get him pushed out of a running local train.

On October 6, 2015, the Bandra police registered an FIR (copy available with ABI) against Prakash Bhandary and Naina Bhandary under sections 341 (wrongful restraint), 504 (intentional insult with intent to provoke breach of peace), 506 (criminal intimidation), 506 (II) (criminal intimidation) and 34 (acts done by several persons in furtherance of common intention) of the Indian Penal Code.

On August 16, 2015, ABI published the first article about the matter under the headline “Encounter specialist Prakash Bhandary threatens business partner, takes over Juhu fashion store at gunpoint”. The second article was on August 29, 2015, and was run under the headline “Vardi Wala Gunda : Fashion designer seeks police cover to save himself from man in khaki clothing.”

According to reports, Megh Shah, a famous fashion designer from Mumbai, has been complaining against Prakash Bhandary and Naina Bhandary, alleging that he kicked him out of his business and acquired the fashion store after threatening to kill him in a fake encounter. Megh Shah also claimed that Bhandary invested only Rs 5 lakh in the business worth crores of rupees but usurped it with the help of anti-social elements.

Megh Shah had established a fashion store called ‘Megh’ in a posh locality, 12/A, Lakshyadweep Building, Gulmohar Cross Road No-5, JVPD, Juhu (West), having taken the premises on leave and licence basis with a monthly rental of Rs 2 lakh and a deposit of Rs 10 lakh. To make up for a financial shortage that he was experiencing, Shah offered partnership to Prakash Bhandary if he put in Rs 32 lakh. At that time, the two were in a cordial relationship that had begun in 1999.

Bhandary was ready to invest, and on October 7, 2014, he gave Rs 5 lakh as token amount to Shah and promised to pay the balance within a week. To Megh Shah’s surprise, on the very next day, that is October 8, Naina Bhandary appeared at the store and started interfering in every minute aspect of the working of the store. She took control over the entire finances of the store.

On October 31, 2014, Prakash Bhandary called Shah to his residence. He kept his revolver on the table and asked Shah to sign a few papers, which turned out to be agreements and important deals. Bhandary heavily insulted and cursed Shah and even issued death threats to make Shah sign the agreements. A helpless Shah signed the papers without reading them. One day in April 2015, Shah was shocked when a few goons stopped him from entering the fashion store. He was manhandled. He was threatened that if he ever set foot in the store or even the lane in which it stood, he would be killed and his body parts found in different parts of Mumbai.

On April 26, 2015, Shah was travelling from Vile Parle to Charni Road by a local train. An unknown person held his neck from behind and said: “Bhandary saheb ke saath lafda kar raha hai be?” The person pushed him. Shah slipped and fell on the platform. He was bedridden for 22 days after that incident.

On May 6, 2015, two unknown persons appeared at Shah’s residence. They threatened Shah’s wife Mitsu and her daughter Palak. They said Shah was unnecessarily taking “panga”. They said she should be ready for unforeseen circumstances. Palak has been traumatised since then.