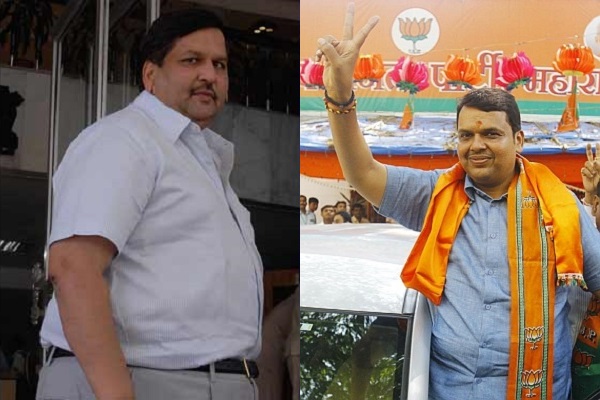 ABI IMPACT: VINAYAKRAO Jadhav (Patil), a member of legislative assembly from Ahmedpur-Chakur constituency, Maharashtra has complained to Chief Minister Devendra Phadnavis after ABI published three articles exposing the corrupt practices by builder-cum-politician Mangal Prabhat Lodha. Jadhav alleged that Maharashtra government is protecting Lodha even after being aware that he is a notorious builder. Also, there are several serious offences registered against him.

On February 2, 2015 Jadhav wrote a letter (copy available with ABI) to Phadnavis giving detail of the corrupt practices by Lodha and also cutting of news published by ABI (abinet.org).

According to the complaint, Lodha is known as a leading real estate developer and BJP legislator from Malabar Hill constituency in South Mumbai but he is instrumental in several illegal and hardcore criminal activities. He has been successful in evading the noose of law by using his position and well-established network not only among the government functionaries and bureaucrats but also among the members of Opposition parties.

However, what is alarming of late is the involvement of Lodha in anti-national activities and eroding the economic fibre of the country by indulging in Money Laundering. He is gradually and continuously routing the illegal money to his company’s offshore bank accounts through Hawala.

Jadhav pointed out that when the current government/administration is openly claiming its crusade to bring back black money hoarded abroad, it is high time and also imperative for the same government/administration to exhibit its sincerity and conscience in bringing its own representative/legislator Mangal Prabhat Lodha to justice for the anti-national and illegal activities perpetrated by him and to confiscate and bring back his illegal wealth.

Jadhav has demanded high level inquiry and action against Lodha.

Submitting details, Jadhav has planned to raise questions on the issue in the question hour in ongoing assembly session of Maharashtra.

1-Huge tax evasion and money laundering :
The Income Tax (I-T) department raided Lodha’s offices and residence in the year 2013 and unearthed unaccounted money, property documents and other valuables. It was discovered that the 32 companies under the banner of ‘Lodha Group’ have evaded huge Income Tax liability to the tune of Rs. 1,611.00 Crores. The most startling fact which came to light was that Lodha is involved in money laundering by routinely channelising the money to company’s bank account in Mauritius without paying taxes to the Indian government.

2- Commission of cheating and criminal breach of trust by hatching criminal conspiracy to defraud gullible flat purchasers in a building project at Kalachowkie, Mumbai :
An FIR bearing No.240/2012, under Sections 406, 420, 120 (B) of IPC and also provisions of MOF act is registered (copy available with ABI) at Kalachowkie police station in Central Mumbai against Lodha and others on the instance of Rakesh Ghevarchand Jain. Lodha and his company cheated the innocent flat purchasers by promising to sell/allot them flats in a building. They showed the flat in a building known as Shanti Darshan and issued them allotment letters for sale and allotment of flats in said building and extracted crores of rupees from them under fake promises.

3-Commission of forgery, cheating by hatching criminal conspiracy for making wrongful gains to tune of crores of rupees in a building project at Majiwade, Thane :
An FIR has been registered in Thane city police station (copy available with ABI) vide FIR No. 208/2013, under sections 465, 466, 217, 120 (B), 109, 34 of IPC, r/w sections 13 (1), (d), and 13 (2) of prevention of corruption act at instance of Anti-Corruption Bureau, Thane. The crux of the matter involved construction of high rise building on a plot of land at Majiwade, Thane which belonging to person who had died long back and whose signature was forged showing him alive for purchase and transfer of plot in the name of Lodha Group company.

4-Commission of forgery and cheating in a building project at Kalwa, Thane :
A FIR was registered on August 14, 2014 against Lodha in Diaghar police station in Mumbra (Thane) under sections 420, 406, 465, 466, 471, 34 of IPC. Huge tract of land measuring 5.50 acres belonging to one Tanna family was attempted to be grabbed by Lodha by way of creations and execution of forged documents and land revenue records.

5-Commission of forgery and cheating in building project at Panvel, Navi Mumbai :
On direction of Panvel court, FIR (copy available with ABI) was registered against Lodha under sections 465, 467, 468, 471, 419, 420, 120 (B), 34 of IPC on July 2, 2014. Lodha is also an accused in this case for grabbing a large piece and parcel of land located at Panvel, Navi Mumbai worth crores of rupees. Lodha’s modus operandi: producing another person to impersonate the owner of a land and to forge his signature/thumb impression and purchase the said under forged and fabricated documents. Lodha further changed the revenue records in respect of said land on basis of forged and bogus documents and false representation. The complainant in the case is co-owner of the land Mustafa Ismaile Shaikh.