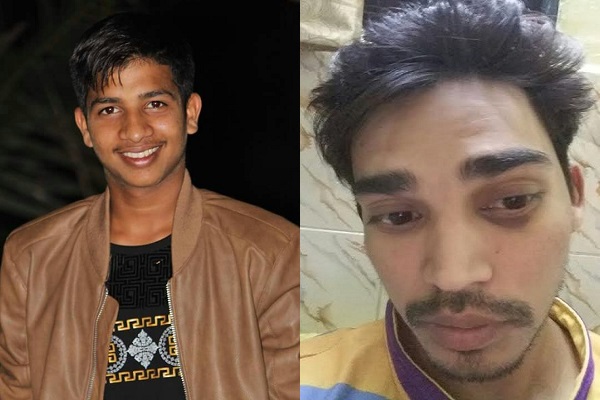 On December 28, 2016 police registered FIR (copy with ABI) against Yuvraj Patil and his five associates including Wilson under (FIR No- 423/2016) sections 363 (kidnapping), 342 (wrongful confinement.), 147 (rioting), 148 (rioting, armed with deadly weapon), 149 (every member of unlawful assembly guilty of offence committed in prosecution of common object), 323 (voluntarily causing hurt), 324 (voluntarily causing hurt by dangerous weapons), 506 (2) (criminal intimidation) and 504 (Intentional insult with intent to provoke breach of the peace).

On December 24, 2016 ABI (Akela Bureau of Investigation) ran a report headlined, “Ulhasnagar Corporator’s son kidnaps, beats and forces the youth to drink URINE over GIRL’s MMS issue.” On the day of news publication senior police inspector Mohan Waghmare called victim Shehzad Ansari to come at police station as he was ready to register FIR. Shehzad and his family members were not traceable as Yuvraj Patil and his associates were continuing searching them to torture again. On December 28, 2016 Shehzad met Commissioner of Police Param Bir Singh. After assurances of Param Bir Singh Shehzad cancelled his hunger strike and on instruction of Singh Hill Line police registered FIR.

What is incident ?
Six months back, Shehzad and a girl became friends through Facebook. The girl, then, enquired about Yuvraj and his nature. Even though Yuvraj was his friend, Shehzad replied that Yuvraj was a powerful youth, but bad by nature. He also allegedly said that, Yuvraj and his friends make girls’ MMS in his car. Shehzad, then, suggested her to keep away from Yuvraj. Since then, the girl started avoiding Yuvraj. That was reason as to why Yuvraj kidnapped Shehzad, beat him and forced to drink urine on gun point.

On December 17, 2016 around 10pm 22-year-old Shehzad was kidnapped and tortured by Yuvraj Patil on gun point. He was also forced to drink urine.

On December 21, 2016 Shezad complained (copy with ABI) to Deputy Commissioner Of Police (DCP) demanding an FIR to be registered against Yuvraj Patil and his ‘associates’ but nothing happened.

The complainant Shehzad, who happens to be a resident of Kurla Camp, Ulhasnagar -4, runs garment (gown) business. Yuvraj Patil’s father Vijay Patil alias Vijju Patil is an independent corporator from ward No 37 (A) in Ulhasnagar. He supports Shiv Sena party in the Corporation.

Hats off to ABI and it’s reporter for exposing the nexus of Ulhasnagar Police Station and the Corporator. Such abuse of power by our public representatives and their cronies / relatives should never be tolerated.

I urge ABI to continue to report such issues and expose all the corruption, abuse of power and mal-administration in the larger interest of the society.