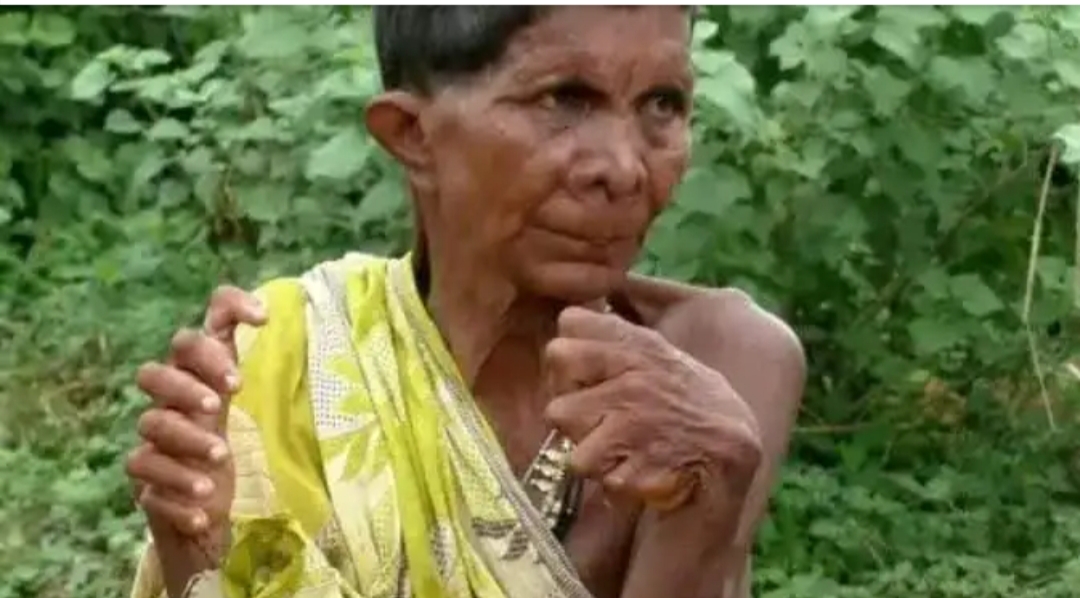 Nayak was born with polydactylism – a common abnormality at birth where the person has extra fingers and toes.

However, she says that this abnormality has led to her being called a ‘witch’ by her superstitious neighbours, due to which she confines herself to the four walls of her house.

‘It has been 63 years I have been in the condition I am today. The residents nearby believe that I am a witch and keep away from me. I was born with this defect and I couldn’t be treated as we belonged to a poor family,’ she said.

As per a surgical specialist, Dr Pinaki Mohanty, while having one or two extra fingers is not uncommon, having 20 toes and 12 fingers is very rare.

‘This is a case of Polydactyly, in which extra fingers are there from birth. This is caused by a mutation in genes. Polydactyly is not that uncommon, around one or two people in every five thousand have extra fingers, he said.

Though the new record has brought her name, Kumari says she has no money to fund any form of treatment. However, some government officials are reaching out to help her and she has been offered a new home and is also eligible for regular pension.