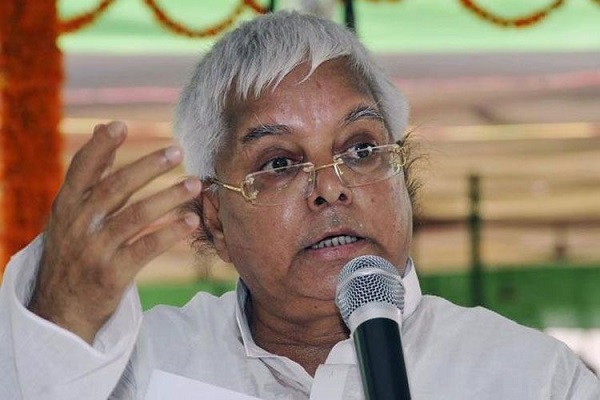 FORMER Bihar Chief Minister Yadav appeared for a hearing in the fodder scam case on Friday at the CBI court in Ranchi. His lawyers later stated that they have filed a petition stating loss of faith in the Court. They also said that they do not expect an impartial trial.

EMBATTLED politician Lalu Prasad Yadav, currently facing trial in a Central Bureau of Investigation (CBI) court over a fodder scam he is alleged to have committed during his tenure as the chief minister of Bihar, on Friday decided to file a petition to move the case to the Patna High Court. Yadav appeared for a hearing in the case on Friday at the CBI court in Ranchi. His lawyers later said they have filed a petition stating loss of faith in the court. They also said that they do not expect an impartial trial.

Lalu is facing another CBI inquiry over an alleged wrongful acquisition of Railway property. The probe has also named members of his family in the alleged scam. The fodder scam rocked the state of Bihar in the mid-90s. It related to the embezzlement of funds from the government treasuries. The money was meant for procuring cattle fodder. Then CM Lalu Prasad Yadav was charged with fraud. While Rs 95 lakh were allegedly siphoned off from the Deoghar treasury, Rs 900 crore went allegedly missing from the Chaibasa treasury over a span of two decades.

The Rashtriya Janata Dal (RJD) chief was also accused of siphoning off as much as Rs 37.70 crore from the treasury at Chaibasa. In one of the five fodder scam-related cases, Lalu was convicted and sentenced to prison for five years. The Supreme Court in May had set aside Lalu Yadav’s plea that the Jharkhand High Court had in 2015 quashed criminal conspiracy charges against him in connection with alleged fraudulent withdrawal of several lakhs from the Deogarh treasury, and his claim that he had already been convicted for the offence, and therefore, could not be tried again. The single-member bench was headed by Justice Arun Mishra.
Courtesy : Indian Express