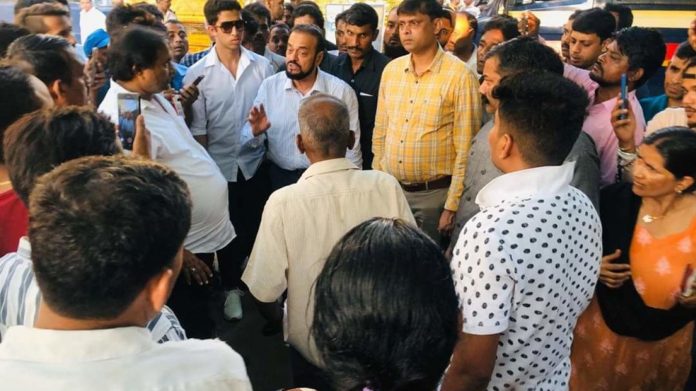 While demanding death sentence for the accused policemen, Azmi said that the government should provide a government job to the victim’s family member along with ₹25 lakh compensation.

Vijay Singh, a resident of Sion area, died on Sunday after he was detained at Wadala TT police station for questioning in an assault case. Along with the local residents, several leaders have also demanded strict action against the accused policemen.

Taking a dig at the ruling government, Azmi said that during the BJP’s term the police has become “devourer” instead of a “protector”.

After an inquiry into the matter, an assistant police inspector followed by a sub-inspector and three constables of Wadala TT police station have been suspended.

According to the police, the 26-year-old collapsed at the gate of the police station after he complained of chest pain. However, Ankit Mishra, Singh’s friend, said that the duty officer and constables assaulted him and did not provide him with water when he asked for the same.