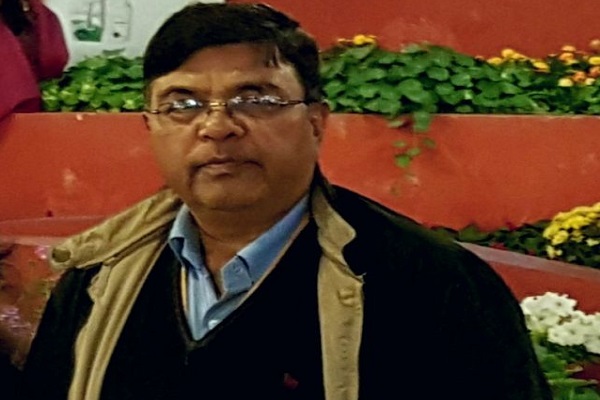 FORMER chief secretary J.P. Dange has been served notice to vacate his government flat and evacuation proceedings against him have been initiated. RTI activist Anil Galgali revealed that retired Mumbai police Commissioner Rakesh Maria, retired IPS K.L. Bishnoi and Madhukar Gaikwad have not vacated their government quarters, even after the lapse of statutory three month stay granted to civil servants after their retirement.

Anil Galgali had filed an RTI seeking details of secretary level IAS and IPS officers not vacating their houses after their retirement. Deputy Secretary of Public works department S.M. Dhule informed Galgali that Government has filed evacuation suit against Dange, who retired as Member, State Revenue Tribunal two years ago. In fact, an arrears of Rs 7,50,900 charged as rent for 1470 square feet in ‘Yashodhan’ building flat has not been paid by Dange. This amount of rent arrears is from 1st September 2016 to 1st May 2017. Evacuation proceeding have been filed against Dange in the court of the Designated Authority of Greater Mumbai, RTI reply said.

Among other officers, Former Commissioner of Police Rakesh Maria has still not given up possession of flat no. 13 in Amber Apartments, while his three month permitted ‘overstay’ period has lapsed on 30th April 2017. In case of retired police officer K L Bishnoi three month overstay in flat no 4 of Avanti building ended on much earlier on 28th February 2017. Bishnoi’s application requesting extension of stay is pending with the Chief Ministers office. Madhukar Gaikwad occupying flat 302 in Nilambari should have handed over possession on 31st May 2017.

Anil Galgali has written to CM Devendra Fadnavis demanding forceful evacuation of civil servants in irregular and illegal possession of government premises. Also holding up their pension till the dues against thier names are formally cleared.