Home Legal ‘I want her to come back’: Bidar student on her mother’s arrest... 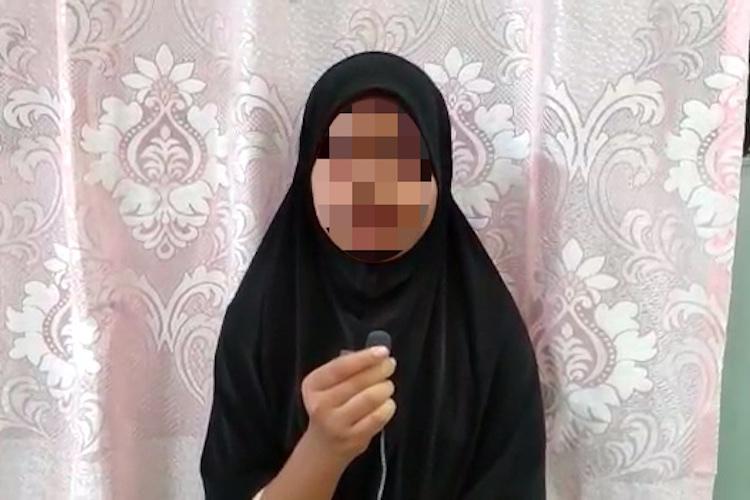 Ayesha’s (name changed) hands quiver as she emerges from the make-shift ‘interrogation’ room at the Shaheen Primary and High School in Bidar district of Karnataka. A small area at the entrance to the school has been occupied by police officials for the past week to question students and teachers in the school about their role in a play staged two weeks ago.

“I answered all their (police) questions but my mother was still arrested. I don’t know when she will be back,” says the 11-year-old student, breaking into tears. Her mother, Nazbunnisa, and a head-teacher in the school, Fareeda Begum, were arrested by police officials on January 30 on charges of sedition for staging a play which voiced dissent towards Prime Minister Narendra Modi and the new controversial citizenship law.

Ayesha* has since been living with their neighbour as her mother is a widow and her close family members do not stay in Bidar.

“I have been staying with my neighbour since my mother was jailed. I have everything I need but I just want my mother to come back,” Ayesha chokes up while saying this and looks away from this reporter.

Students in the school were asked to read up on the Citizenship Amendment Act (CAA), and two other countrywide exercises, the National Register of Citizens (NRC) and the National Population Register (NPR), and stage a play before an audience on January 21.

A group of students from classes 4, 5, and 6 performed a play which they say was put together by them.

But after an activist from the Akhila Bharatiya Vidyarthi Parishad (ABVP) filed a complaint against the school management for allegedly ‘insulting’ Prime Minister Modi, police in Bidar charged the school management with sedition in an FIR registered at the Bidar New Town Police Station on January 26.

Police officials led by Basaveshwara Hira, Deputy Superintendent of Police, Bidar, have since turned up at the Shaheen school four times to question students involved in the play.

“We were asked about how we practised, and I replied that we didn’t need to practise much since we just had to remember points,” says Ayesha.

“Then the police asked us whether hitting the Prime Minister with a chappal is right or wrong? We replied that it was wrong. Finally, I was asked if I would repeat what I said in the play, and I said no. But even though I truthfully answered their questions, my mother was arrested.”

In the remand report filed over the two arrests, police accused the school and the two women of “trying to spread false information about CAA and NRC” and also “making minor children state that Prime Minister Narendra Modi must be hit with a chappal”.

This reporter visited the duo lodged in the Bidar District Prisons and Corrections Service. However, they refused to speak about their ordeal. They only said that over the last few days, hundreds of visitors had turned up at the prison, including AIMIM President Asaduddin Owaisi, but they were still confined to jail. Their bail hearing is yet to be heard in court since the judge is on leave, as reported in the news minutes.

Recalling the sequence of events which unfolded over the last two weeks, students and staff members in the school are at a loss to explain why police officials are continuously turning up at the school to question students. “Nazbunnisa already apologised on a television channel for that particular line in the play. But the police are continuously turning up at the school and are keeping students out of the classroom for hours. This is beyond the imagination of any reasonable person,” says Tauseef Madikeri, the school’s CEO.

Tauseef says that the police are repeatedly asking the same questions to the staff and students at the school — “Who scripted the play? Who told you to say these dialogues? Did a teacher teach this?”

“This is mental harassment of the students who are 9 or 10 years old and also of the parents. Some students who took part in the play have not turned up at school because of this. Is this because we are a minority institution?” asks Tauseef.

He further adds that the institution was established 31 years ago and is well-known in Karnataka. It has 40 centres across 8 states with over 16,000 students studying in them. As many as 327 students from the institute cleared the NEET exam for admission to MBBS courses last year. The institution was also conferred the Rajyotsava award in 2013 for its contribution in the field of education.

When Bidar Deputy Superintendent of