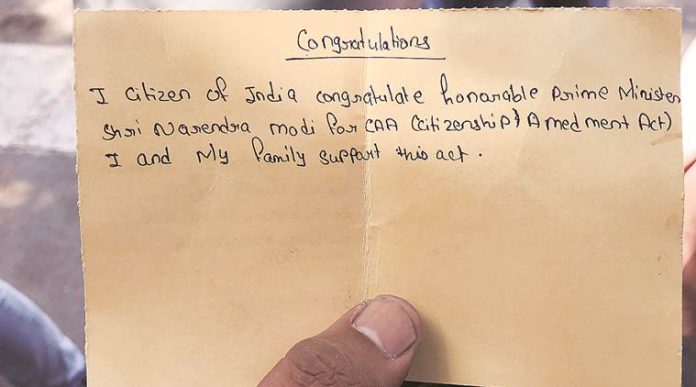 AS protests against the Citizenship (Amendment) Act continue unabated, a private school in Gujarat’s Ahmedabad has shot into limelight after it asked students to write postcards to Prime Minister Narendra Modi, congratulating him for the contentious law and declaring support for it.

The school in question is the all-girls Little Star School in Ahmedabad’s Kankaria and the students who were asked to write the message are from Class V to Class X, as reported in The Indian Express.

The move was, however, met with opposition from parents on Wednesday, 8 January, after which the school management backtracked, saying “it was a case of misuse of authority by some teachers who conducted the exercise in some classes on Tuesday.”

Parents reportedly even tore up the postcards when it was returned to them by the school after they staged a protest.

While a parent of a child in Class VI said that the latter was “being forced to be a part of it”, another pointed out that when students of Class X protested against the move, “they were told that those who did not submit these postcards would not be given marks in the internal exams.”