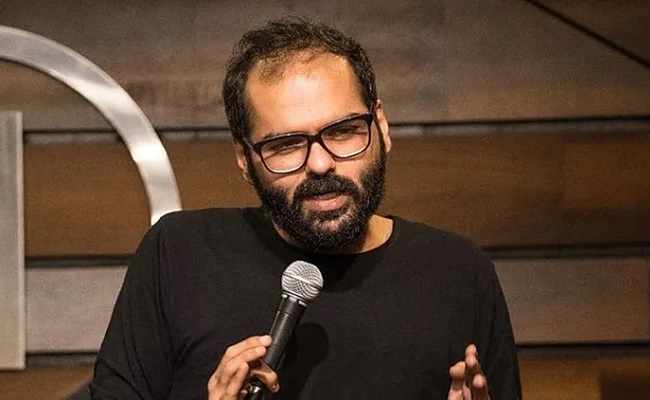 I wonder how many of you know Kunal Kamra. For the uninitiated, let me give you a brief description. Kunal Kamra professes to be a stand-up comedian. He indulges in a kind of Stand-up Comedy where he goes on stage and manages to get laughs by way of using blatant abuses and vulgar conversations. Apart from indulging in vulgar Comedy, Kunal Kamra is also a part-time politician. He hates Narendra Modi and has gone public with his hatred for him many times. He uses his stand-up comic routines to spew hatred on Modi and his followers. He is a favourite among communists and other Anti-National elements. They often use Kunal Kamra’s jokes and video clips to demean Modi’s followers.

These days, Kunal Kamra’s political activism has increased manifold. He uses Twitter and other means of Social Media to demonstrate how the Modi government has wrongly revoked Article 370 in Kashmir and how the introduction of Citizenship Amendment Act (CAA) is bad for India and its citizens. Apart from these, he also tries to rant against Narendra Modi on any and all topics that he can find. While it is a good thing that Kunal Kamra is trying to educate the youth and the masses by ranting against the Prime Minister, the company he keeps is definitely worth questioning and looking into. Kunal Kamra has, by his association with his fellow stand-up comics – Tanmay Bhatt, Gursimran Khamba, Utsav Chakravarti, Aditi Mittal learnt how to use comedy as a tool to promote fake propaganda and incite Anti – National Sentiments. These four comics are associated with a rogue comedy group All India Bakchod or AIB, known for their satirical videos and a very vulgar roast involving celebrities like Karan Johar, Ranvir Singh and Arjun Kapoor. The group has disbanded after being embroiled in the controversial #MeToo Movement.

#MeToo Movement was a huge sensation in 2018, where a lot of celebrities and even ordinary women came out and exposed the male fraternity in the industry of sexual exploitation. During that time AIB was in limelight for all the wrong reasons, as their own colleagues and employees accused the main founder of the group of sexism and harassment and creating a vulgar and tense environment for women employees at work. The above-mentioned comedians were all part of the same group. Loads of incriminatory materials about how they exploited women are available online.

Kunal Kamra has also collaborated with AIB and has earned a lot of fame from them as well. He was well aware of what was going on with AIB and how their founders were involved in sexual exploitation. However, Kamra did not let anyone know about this exploitation, including the authorities. He indirectly condoned such shameful behaviour by the founders of AIB. In fact, he continued his association with AIB as long as it kept bringing him fame and fortune.

Kunal Kamra first fell in trouble when AIB’s name started erupting during the #MeToo Scandal. The word got out that Kunal Kamra was well aware of what was going on at AIB and how the founders were systematically exploiting the women employees. He claimed that he admonished the founders of AIB. The communist sections of the media lapped this up and made him their hero again as well as claimed that he was a champion of women rights. Practically he did nothing to dissuade them, stop them or even report them to the authorities. And then he twisted the facts to become a HERO for the leftist media. Therefore one has to understand that he is a master at doctoring facts and spinning them to suit his narrative.

Therefore, Kunal Kamra may be a good comedian – even that is debatable, I don’t find vulgar jokes and abuses funny, but he cannot be given the benefit of doubt when it comes to his character. He just cannot claim the moral high ground, especially when he has condoned sexual harassment just for a few followers and cash.