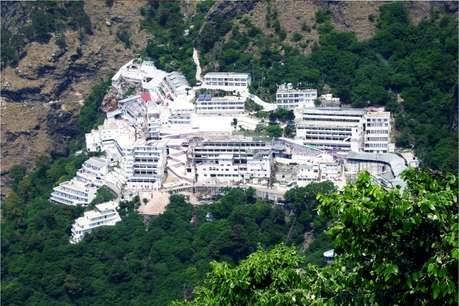 A 22-year-old man along with his accomplice went to Vaishno Devi shrine after allegedly killing his friend whom he suspected of having an affair with his girl friend, police said on Monday.

While Monu was arrested for killing Raj Kumar (19), his friend Chandan has been arrested for facilitating and destruction of the evidence, the police said, adding the blood stained clothes and dagger were recovered from their possession.

After killing Kumar on September 29, the two accused went to Vaishno Devi shrine in Jammu, the police said.

Both the accused were arrested recently from a park near Sec-21, Rohini, they said.

During interrogation, Monu revealed that while supplying mehndi cones, he came in contact with a woman artist and fell in love with her. He also introduced Kumar to her and soon they also became good friends, Deputy Commissioner of Police (Rohini) S D Mishra.

Later, the woman started avoiding Monu on one pretext or another which didn’t go down well with him. He warned Kumar to mend his ways but he paid no heed to his warnings, the officer said.

On September 29, he met Kumar and warned him of dire consequences if he did not stop meeting his girlfriend. Kumar, however, was dismissive, he said.

In a fit of rage, Monu took out his dagger and stabbed Kumar thrice. He was however, overpowered by Kumar’s father and his other friends — Jitender and Vikas, the officer added.

They took him to hospital along with the victim Kumar but Monu managed to slip away from there while Kumar succumbed to his injuries, the DCP said.

Later, police found that Monu was being accompanied by his close friend Chandan and investigations led the police to the house of Chandan’s sister at Seelampur, where his sister informed them that both Chandan and Monu had visited her house and borrowed Rs 2000 as they wanted to visit Vaishno Devi Shrine in Jammu, the officer said.