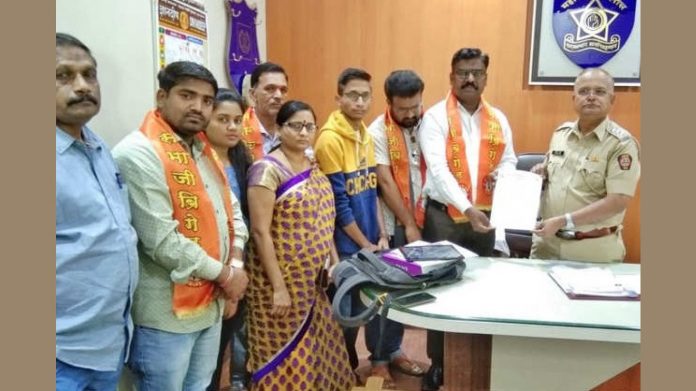 AS the Raj Thackeray-led Maharashtra Navnirman Sena (MNS) launches its new ‘saffron’ flag with a royal stamp (Raj Mudra or Shiv Mudra), some organisations have raised their objection against the move.

The MNS has turned saffron and has changed their flag from a mix of saffron, green and blue to completely saffron with a royal stamp – used during Chhatrapati Shivaji Maharaj’s rule – replacing the train engine symbol.

The new royal stamp ‘symbol’ on MNS flag has also sparked outrage in part of Maharashtra. Maratha Kranti Morcha has written a letter to the state government demanding a ban on the new MNS flag.

Those opposing the new flag say that people have their feelings attached to the ‘Shiv Mudra’ and it is not right to use the same for political interest.

Sambhaji Brigade has stated that the use of ‘Shiv Mudra’ has hurt the feeling of Shivaji’s followers and they want to register criminal offence against Raj Thackeray for ‘misusing’ the royal stamp. “If this doesn’t happen, we’ll protest in our own way,” the organisation warned.