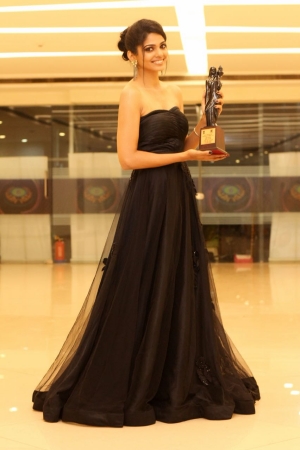 The stunning actress Pooja Sawant won the Maharashtra State Award, by winning the Best Actress Award for her film, ‘Bhetli tu Punha’. This is one of the most prestigious Award conferred by the Government of Maharashtra for Marathi cinema.

An elated Pooja Sawant said that this award was a big surprise for her, especially after winning the Dr. Dadasaheb Phalke’s Excellence Award earlier.

The Director of this film Chandrakant Kanse’s confidence in her and his efforts to bring out the nuances of her character, coupled with her unflinching dedication, lead to this award. ‘This wouldn’t have been possible without the efforts of director Chandrakant Kanse’, said Sawant.