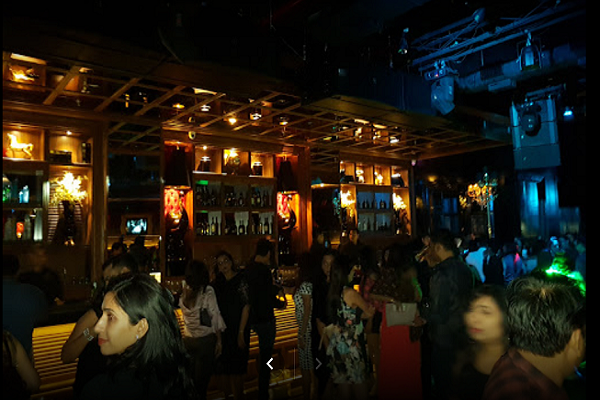 A promotional message circulated on social networking sites indicates that Mumbai Police have no longer remained fearsome.  There is no fear among club/pub owners. The message invites night lovers especially from south Mumbai to come MATAHAARI Club on its first ever Saturday Night that will be remain open till 3am.

Night lovers received private messages on WhatsApp two days ago. One such message is available with ABI (Akela Bureau of investigation). The message states that the “much needed new nightclub in South Mumbai is here & we are hosting our first ever Saturday Night there. MATAHAARI this Saturday on till 3am! Guest-List & Tables: +919820491493.”

The club will be open beyond the permissible time limit of 1.30 am.

This message was circulated by someone called as Abhishek Chhabaria. The club has given one night contract to Chhabaria to arrange the gathering. Chhabaria will receive 10 percent commission on whole income of club. More than 400 high profile customers are expected on Saturday. Entry fee is Rs 2,000 per couple. The couple will receive COVER CHARGE COUPON. It is mandatory for the couple to spend at least  Rs 2,000 in the club.

Matahaari club is located at Level IV,  inside The Atria Mall at Doctor Annie Besant Road, Worli, Mumbai. The club was launched on January 14, 2017. Matahaari club is named and inspired by Dutch exotic dancer Mata Hari, who was later convinced of being German spy during World War I. Club is owned in partnership by B R Shetty and architect Bobby Mukherji.

On October 3, 2012 B R Shetty was shot in his right shoulder by Chhota Rajan gang members.

Matahaari club comes under Worli police jurisdiction. Sources said Worli police is unhappy with club as it pays Rs 5,000 only. Remaining huge amount goes directly to an IPS officer who is closed to B R Shetty. S S Branch is also not a problem.