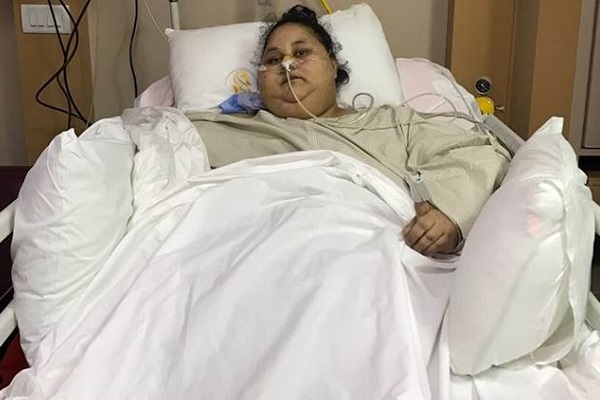 DOCTORS at Saifee Hospital in South Mumbai, which is treating Egyptian Eman Ahmed to reduce her weight, called the police on Thursday evening after the woman’s sister allegedly fought with the nurses and “violated rules”. However, police said enquiries revealed that all was well.

Doctors said Shaimaa put water in Eman’s mouth directly, despite being told that she must only be fed through a tube. When on-duty nurses tried to stop her, she allegedly pushed them.

“On realising that Eman choked each time she tried to consume something orally, we gave her a feeding tube. We saw Shaimaa feeding her water from an injection and asked her to stop. We told her the water could enter Eman’s lungs and even kill her,” said Dr Aprna Govil Bhaskar, section head, bariatric surgery on Thursday.

Doctors informed the police saying that Shaimaa’s actions were putting Eman at risk. “The patient is well-cared-for. We have not received an official complaint yet,” said a source from V P Road police station.

This came against the backdrop of a raging controversy surrounding the health of Ahmed, who weighed around 500 kg when she was brought to Mombai’s Saifee Hospital.

While her sister says Eman has been critical for one-and-half months and she has been put on massive medication to stop her brain activity, doctors claim improvement in her condition.
The Egyptian woman’s doctors have said they would no longer attend to her.
Courtesy : HINDUSTAN TIMES.