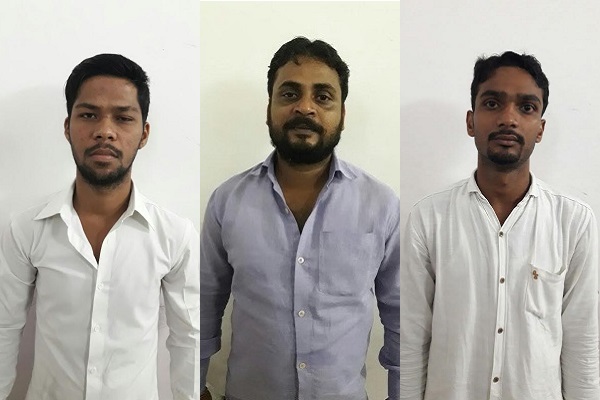 “We have arrested the accused under sections 387 and 389 of IPC. There are lots of NGOs in Shivaji Nagar police area. We appeal to the public to approach us if any NGO owner is trying to blackmail and extort money,” said Bhimashankar Dhole, Senior Inspector, Shivaji Nagar police station. The complainant, Akhtar Javed Jalaluddin Khan (39), a resident of Mumbra in Thane, runs a medical clinic at Bainganwadi, Shivaji Nagar, Mumbai. Khan had worked as a resident doctor in Prerna Nursing Home for four days as his clinic was not running properly.

On September 8, 2016, Salim forcibly took the signature of Dr Akhtar on documents and affidavit that said he was selling his clinic to a person called Noor Khan. After collecting documents Salim demanded Rs 10 lakh from Dr Akhtar if he wanted back his clinic’s original papers. Salim also ordered him not to attend the clinic till he had arranged the money. Helpless, Dr Akhtar became ready to pay Rs 5 lakh to him. Salim continued to threaten to Dr Akhtar and demanded he arrange the money. Dr Akhtar met zonal DCP and requested for action. The DCP handed over the matter to Senior Inspector Bhimashankar Dhole of Shivaji Nagar police station for investigation. Bhimashankar Dhole investigated it and found that Salim was blackmailing and extorting money from Dr Akhtar.

A plan was devised to catch Salim. Dr Akhtar got ready to give extortion money to Salim. On October 4 Salim called Dr Akhtar near Ayappa Temple, 90 feet road, Shivaji Nagar, with Rs 5 lakh. As per plan police team was present there and arrested Salim while accepting the extortion money. The accused were produced in the Metropolitan Court Kurla on Wednesday, where court remanded them in police custody till October 10. Once Salim had been arrested in a murder case and was out on bail.