Home Special Report Bollywood has once again shown its ugly side, by defending child abuse 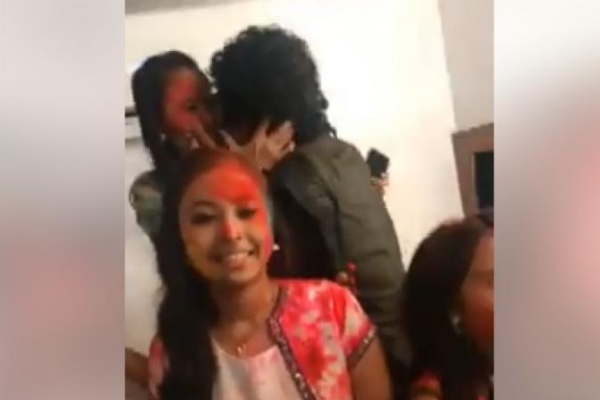 ASSAMESE singer Angarag Papon Mahanta or Papon’s molestation incident is once again an excellent example of how the rich and famous get away with any and every crime, while the common man languishes due to the rigid law.

A few days back, a video from a shoot of Voice India Kids went viral on the internet. In the video, the Assamese singer Papon is seen celebrating Holi with the contestants of Voice India Kids. In the video, it can be clearly seen that Papan is forcefully kissing a minor girl on her lips. Papon is one of the judges on the show, along with Himmesh Reshamiya and Shaan who are the other two judges.

The video created a justified uproar on the social media among the common folk. Many socialists asked questions about the safety of child participants in reality shows as well as child artists in other shows. Papon was acting as the mentor of the girl in question on the show, as well as his position as one of the judges meant that he was in an influential position on the show. Therefore, the girl in question as well as her family have denied of any wrongdoing on Papon’s behalf. The child’s father issued a statement saying, “It was just a moment of affection that is being portrayed otherwise. I would request and urge the media to not pursue this further. He doesn’t differentiate among the children who are here and gives them equal guidance on pursuing their dreams. What you saw in the video is not intentional.”

The father also said Papon is a mentor and a father figure to his daughter and has always encouraged her to pursue her dreams. This is not surprising as doing well on the show, is a ticket to stardom, which many parents crave and want for their kids. However the fact that there is no credible statistic on Child abuse on television and movie sets is concerning and there is a need to regulate the same.

Bollywood’s Hypocrisy
Once again, the hypocrisy of Bollywood industry and artists have been exposed due to this incident. While most of the industry has maintained staunch silence on this incident and video, there are many artists and film stars, mostly friends of Papon who have vigorously defended Papon’s actions and dismissed molestation claims as manifestation of media’s imagination, coupled with poor camera angle. This is shocking and pathetic. The video clearly shows Papon inappropriately kissing a girl who is a minor. No amount of explanation or justification should and can condone this sickening behaviour. Instead of labelling Papon as a pedophile, the industry stars are actually justifying and defending his actions, and some have even attributed it to fatherly affection, which is sickening. What father would knowingly kiss her minor girl on the lips, as a part of fatherly affection is simply beyond comprehension.

One should remember Zaira Wasim’s incident a few months back, to see how hypocritical the film industry is. Wasim, a child actor, famous for her role in Aamir Khan’s Dangal, was traveling by flight. After her flight, she complained that the passenger seating behind her touched her on the neck with his foot and there was a huge fuss, hue and cry by the media as well as the film industry. So much so that, the passenger in question, who claimed that he was just tired and fell asleep and with his leg on the front seat and he was not aware of what happened, was not taken seriously. He, a family man, with no prior record, was booked and arrested under POSCO and remanded to custody merely on a word of a minor, with no proof whatsoever. This is in stark contrast to the Papon’s case, where despite clear video evidence, the film industry is rooting behind him, even defending him. Aamir Khan, the noted Bollywood superstar, who has a tendency to comment on many social issues has not commented on Papon’s case so far. This is all the more hypocritical, considering that he did a whole episode on Child Abuse on his Television Show Satyameva Jayate.

Not all hope is lost yet though. Rana Bhuyan, a Supreme Court Lawyer has filed a complaint alleging sexual assault of a minor against Papon. The complaint was filed with the National Commission for Protection of Child Rights under the Protection of Children from Sexual Offences Act (POCSO) Act. She has Quoted “I have raised the concern before the commission as this is a grave concern regarding the safety and security of those kids who participate in reality shows. They are at the disposal of those TV channels. We don’t know how these kids are treated inside the platform. I hope the commission gives a proper response and also holds a proper enquiry.”

However, she has also been subjected to some choicest abuse on Social Media Platforms, with Papon’s fans and followers. Her pics have been morphed, she has been abused and trolled mercilessly and called names. This incident, however once again shows how the law is only applied selectively towards common man, as seen in the case of man accused by Zaira Wasim. In Papon’s case, the Bollywood has once again shown its ugly side, by defending child abuse, which is indefensible. We wonder if there will be a time, when laws will be equal for all citizens of India and not just apply to common citizens, while VIP’s and celebrities continue to get away with everything.

Shame on Bollywood – we have wrong role models in this Country