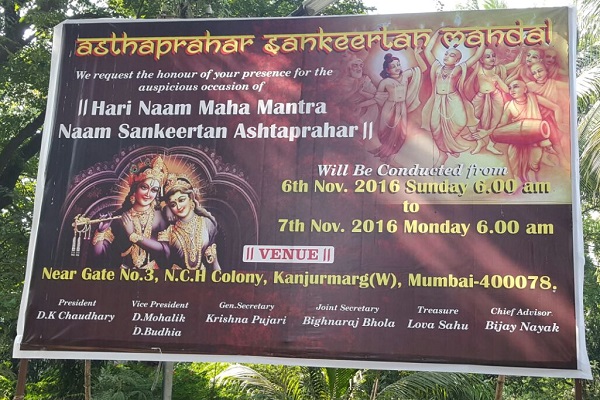 Asthaprahar is an important Hindu-Vedic festival celebrated in regions of Odisha and in many states where the Odiya community lives. Devotees worship the god Jagannath on this day for supporting life on earth and ensuring prosperity and happiness in life.

The Asthaprahar Sankeertan Mandal organized the programme for two days at Gate No. 3, NCH Colony, Kanjurmarg, Mumbai, on November 6, 2016 and November 7, 2016. Ashtaprahar Sankeertan is organized at more than 25 places in Mumbai such as Antop Hill and Colaba, but Kanjurmarg is the main among them. More than 20,000 Odiya devotees participated in the festival. Devotees prayed for prosperity, well-being, good health and happiness. They performed pooja and ate prasad. 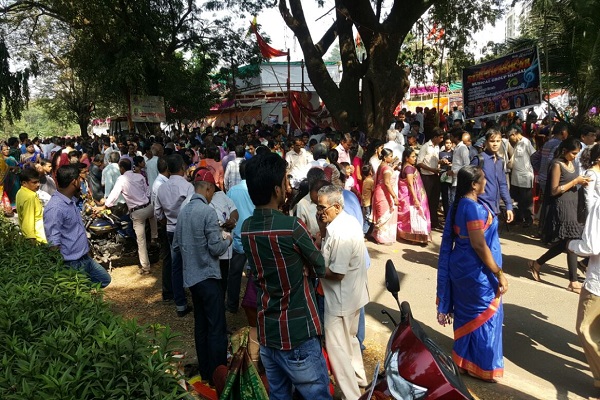 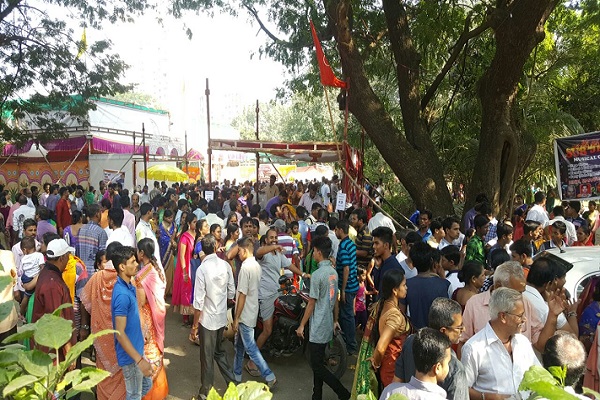 “Asthaprahar Sankeertan was attended not only by Odiya people but by all communities. All people paid their respects to god Jagannath and took blessings,” said D K Chaudhary, president of the mandal.