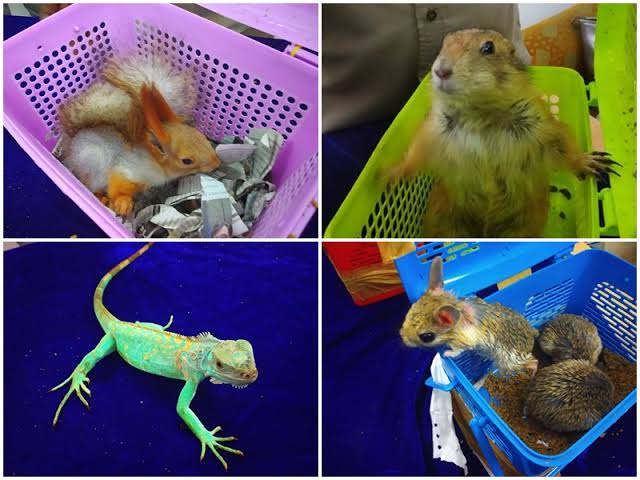 THE Air Intelligence Unit (AIU) of the Customs Department on Sunday caught a smuggler of exotic animals at the international airport in the city.

“On Sunday morning, AIU officers noticed that one passenger was moving in a suspicious manner in the arrival area. He was intercepted at the exit gate. The passenger was identified as Mohamed Mohideen, 28, from Chennai, who had arrived from Bangkok by Thai Airways flight TG337,” said the Customs Department in a statement.

“On further examination of his belongings, 21 exotic animals — rodents and reptiles — were found to be concealed in his luggage,” added the Customs Department said in the press release.

The animals included 12 banner tailed kangaroo rats, three prairie dogs, one red squirrel and five blue iguana lizards. The animals were found to be in a healthy condition.

The Animal Quarantine officials recommended deporting the animals back to the country of origin as the passenger did not have any documents to import the animals into India.

Mohideen has been detained. Further investigation is underway.