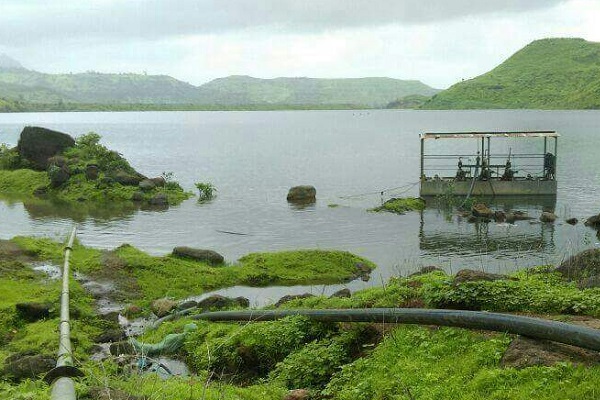 MUMBAI-BASED M/s Poddar developers, which positions itself as a low-income housing specialist, has done the unthinkable in a Karjat project: stealing water from a dam owned by the state government and selling it at high prices at the residential complex it developed. We are talking about Samruddhi Complex project at Survey No. 63, 64 and 70 in Garpoli village, Karjat, district Raigad, Maharashtra. The project has 1,264 flats and one commercial place in 79 buildings spread over nine acres of land.

While buyers were booking flats, the builder promised lots of facilities and amenities, including 24X7 water services. Even the builder’s advertisement and brochure had claimed 24-hour water supply in flats. The residents were shocked when they faced the reality. There was no permanent provision for water. The builder was stealing water from Pali–Bhutivali dam and supplying it to the project. Poddar set up a motor-boat in the dam and began pulling water through a pipeline.

As the dam is a state government property, residents complained to local MLA Suresh Lad, who disconnected the pipeline in January 2014. After disconnection of the pipeline, the builder started supplying water through tankers, but this was irregular and insufficient. Two months passed and the builder sent a water bill of Rs 450 per flat. Flat owners declined to pay the water bill. The builder sent a legal notice to them, threatening 21 per cent penalty. Fed up, the residents approached the Karjat police station as well the Gram Panchayat, complaining against the builder’s harassment and irregular and insufficient water supply, but nothing happened. Later the builder again connected the pipeline and started supplying dam water.

An RTI reply shocked the flat owners. Its contents, in fact, are such that these can shock anyone and everyone. Towards the end of 2010, the builder and the irrigation department had an agreement for six years, which is expiring in December 2016. As per agreement, Poddar Developers Limited (PDL) has promised that it will supply dam water to its employees and workers residential colony.

One more shocking fact is that the builder is buying water at 79 paisa per 10,000 litres but selling it to residents at Rs 200 per flat.

“Poddar is stealing water and supplying it illegally to residential complex. As if this were not enough, it’s extorting Rs 2.5 lakh from flat owners while paying to the government Rs 3,500 only!” said Swarada Nargolkar, chairman of Samruddhi Complex.

Another issue is that while there are 1,264 flats in the complex, only 250 persons are living in the flats, but the builder is extorting money from all 1,264 flats.

Samruddhi Complex has been developed on agricultural land. As there is no other source of water, the builder is stealing water from the dam. The huge amount of water is being illegally supplied to the residential complex.

Read also : FIR against Poddar builder for cheating buyers, but police in Karjat not interested in going beyond paperwork