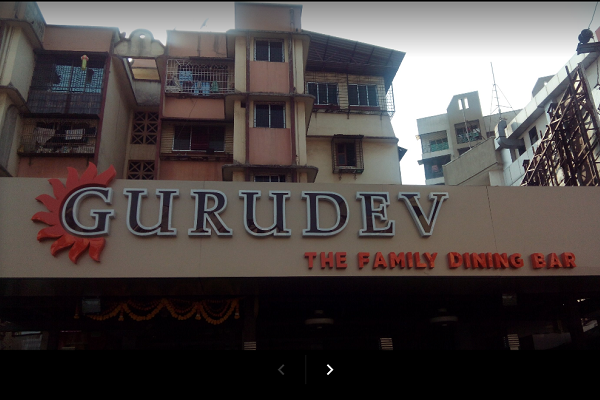 FOR police officers, corruption has becoming routine. What is even worse is that very few cases are properly investigated. The police are busy extorting money from illegal businesses. Things have become so bad that the police do not listen to even their own. A police sub-inspector (PSI), Mahendra Chakor, has been running from pillar to post, begging and requesting for proper investigation of a cheating case, all to no avail as his own department does not take him and his case seriously. Chakor is attached with the Kolsewadi police station in Kalyan (East) and an FIR is registered with the Badlapur (East) police station.

On the occasion of Rakshabandhan (August 18, 2016) Chakor went for dinner with his sister and brother-in-law in Gurudev restaurant in Badlapur, East. His brother-in-law, Suryakant B. Sangle, paid the bill of Rs 1,760 through his debit card. Things began appearing fishy when the waiter told them that the network was not proper inside the restaurant. On the waiter’s request, Sangle noted down his password on a piece of paper. The waiter stepped outside the premises for a while and, on returning, announced that the bill had been paid. “I was a little suspicious when the waiter asked me to write down the password on paper,” said Sangle.

On August 21, Sangle was shocked to get alert messages that someone was shopping with his debit card. Sangle immediately informed Chakor. On the suggestion of Chakor, Sangle went to Badlapur police station, where the on-duty police officer refused to register an FIR stating the matter fell under the jurisdiction of the Cyber Cell and not the police station. Chakor rushed to the Cyber Cell in Thane, where Senior Inspector S B Sawant told him that the matter did not belong to the Cyber Cell. He suggested Chakor had better approach the local police station. Then Chakor approached deputy commissioner of police (DCP) Sunil Bhardwaj. On instructions of Bhardwaj, the Badlapur police registered an FIR under section 379 of the IPC and 66 (A) of the Information Technology (IT) Act (FIR copy with ABI).

Sangle also rushed to a nearby Canara Bank, where he applied for blocking of the card. But it was too late. The accused had withdrawn or made purchases of Rs 80,456. After registering FIR, the Badlapur police station went into deep slumber, thinking its duty was over. Chakor himself had been posted at the Badlapur police station for three years. Several times he approached Senior Inspector D P Rajbhoj and investigation officer Sawade to do something but they had closed their ears.

ABI contacted D P Rajbhoj, Senior Inspector, Badlapur police station to know his view on the topic. Firstly, Rajbhoj tried to tell that PSI Mahendra Chakor is blackmailer and extortionist. He is unnecessarily running to DCP. Rajbhoj gave clean chit to Gurudev restaurant. Rajbhoj also threatened indirectly that hotel owner is sending legal notice to journalist who are writing about the incident. He asked why this reporter called him and what he wants. Reporter tried to tell him but suddenly he got arrogant and started talking nonsense. Later he called and abused the reporter. He behaved like a road side tapori not as a police officer. It was too tough to verify that Rajbhoj is a senior inspector or Pandu Hawaldar?

Entire system is corrupted.. only sacking would send the signal.

Sir , am banker can understand the terminology , first ask victim to acquire statement of transaction mentioning gurudev trx and other fraud trx , ask him to dispute bank with fir copy.later u can highlight trx of gurudev and frauds. It’s skimming case where the technology can verify easily

Rajabhoj is nothing comparing to other officer about whom you have written and the, Mahendra Chakor why does he not file case about being threatened by this Pandu