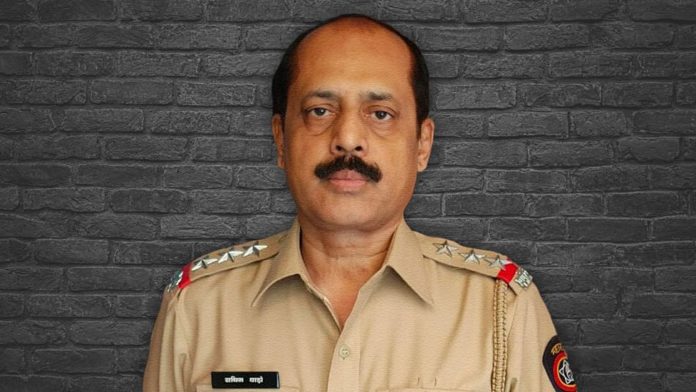 THE National Investigation Agency on Saturday night arrested assistant police inspector Sachin Waze in connection with the SUV explosives case.
“Sachin Waze was arrested under the case RC/1/2021/NIA/MUM (relating to the seizure of explosives-laden SUV found parked near Mukesh Ambani’s residence) at 2350 hrs,”

An NIA statement said. In the afternoon, Waze reached the NIA office in Mumbai to record his statement.

On Friday, the Thane sessions court refused to grant interim protection to Waze in the murder of businessman Mansukh Hiran, saying his
custodial interrogation, as asked for by the ATS, is necessary. The court has posted Waze’s anticipatory bail plea for hearing on March 19.

The ATS filed a case of murder after the body of Hiran was found in a Mumbra creek on March 5 and his wife Vimla in her statement to ATS alleged she suspected Waze had killed him.

“The informant (Vimla) is directly making allegations against the applicant in her FIR. Hence, this court came to the conclusion that the investigation is at the initial stage by the ATS.”
Sessions judge Shailendra Tambe noted, “The offence is under Section 201 of IPC (causing disappearance of evidence i.e. body of Mansukh Hiran) and 120 B (criminal conspiracy).

The offence under Section 302 (murder) is serious. The accused is unknown hence, there is criminal conspiracy and thorough investigation is necessary by ATS. Hence, this court is not agreed to grant interim bail to the applicant because there is prima facie evidence and material against the applicant.”

“Hiran’s weight was around 100 kg. Suspicion is there were more than two people involved,” an ATS officer said. ATS is yet to conclude how Hiran was killed.

“The postmortem report is inconclusive,” the officer said. Appearing for Waze, counsel K M Kalekar argued the applicant himself joined in the investigation to allay any apprehension of commission of any offence, as alleged.