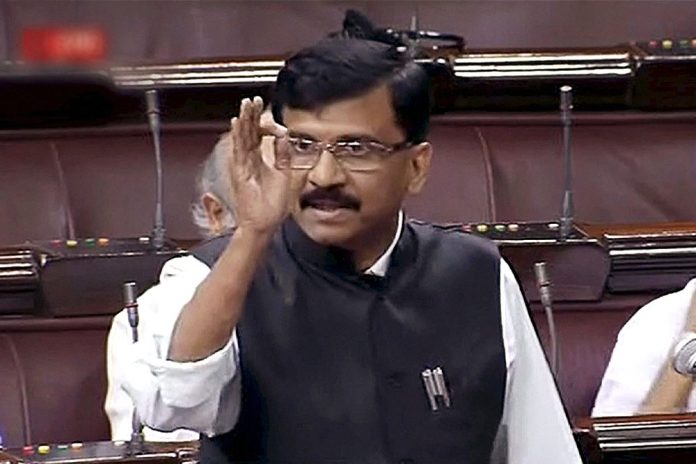 SENIOR Shiv Sena leader Sanjay Raut announced that his party is officially out of the Bharatiya Janata Party (BJP)-led National Democratic Alliance (NDA) while adding that Sena is “not yet” a part of the Congress-led United Progressive Alliance (UPA).

Raut, however, said that Shiv Sena will be with Congress-led UPA “on key national issues”.

NDA was formed in 1998, Shiv Sena was one of the oldest members of the BJP-led alliance. However, after the formation of Maharashtra Vikas Aghadi (MVA) government, Shiv Sena has officially announced its exit from BJP-led NDA.

Congress on Monday held an all-party meet in Delhi to form a strategy against the Citizenship Amendment Act (CAA), National Register of Citizens (NRC) and National Population Register (NPR).

The meeting was attended by ‘like-minded’ parties opposing CAA, NRC and NPR. However, Shiv Sena failed to participate in the meeting.

According to The Indian Express, Sanjay Raut informed that Shiv Sena couldn’t attend the meeting due to “miscommunication while adding that his party will attend all the meetings of opposition parties.

The Shiv Sena MP further stated that if there is an offer to join UPA, the party will discuss and take a decision on the same