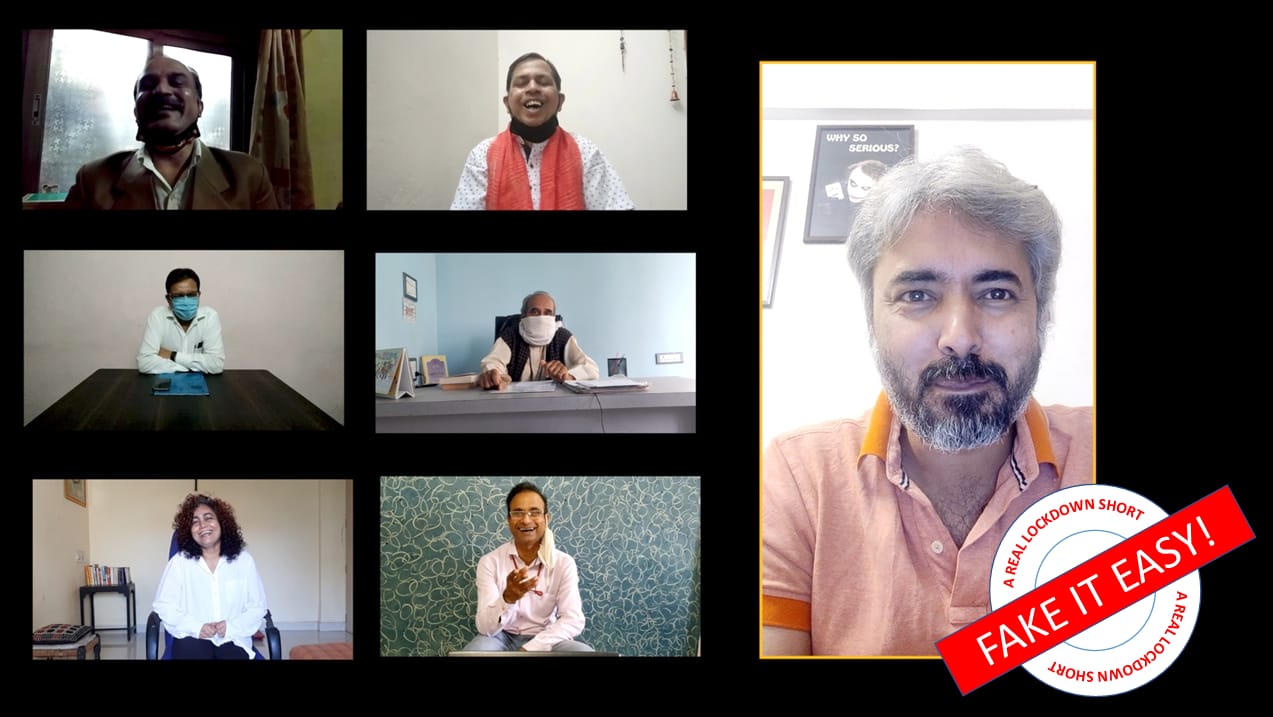 FAKE it Easy!, a short film made during the lockdown got an award in experimental films category of 1st Online Sudarshan Gour Short Film Competition.

The competition was organised by All India Artists Association.

Results were announced on June 10 by Association’s president Rohitashv & advisor Rekha Gour through a live on AIAA’s Facebook page.

They said bout 200 short films made during the lockdown were received by them for the competition and 20 films in five categories were selected for awards.