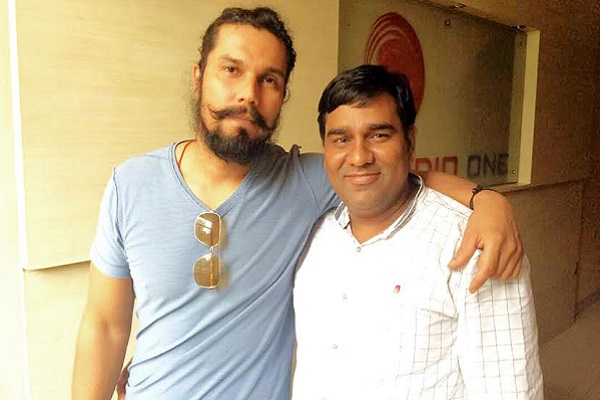 A 12 minute short film titled: “SHRADHANJALI: A Tribute to Our Beloved Martyrs of Rajasthan Police” has been made under the guidance and support of Director General of Police, Rajasthan Manoj Bhatt to actualise the vision of our Honorable Prime Minister Narendra Modi as discussed by him in “All India Conference of Directors General/Inspectors General of Police in Guwahati”. 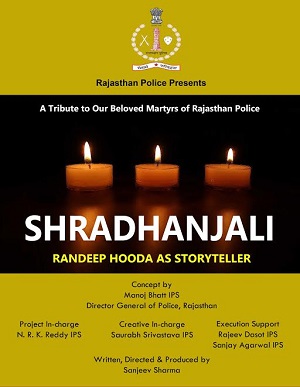 The Prime Minister had said, “The Police is a protector force, but is often not portrayed as such in Bollywood cinema. The mental image that people have with regard to police has to change”. He also stressed about institutionalizing the memory of Martyrs of the Police force. Rajasthan became the 1st state in taking the initiative forward under the able leadership of DGP Manoj Bhatt. The film pays homage to the brave martyrs of Rajasthan police force simultaneously showing the importance of police personnel in the very existence of our society.

The film has been written and directed by Sanjeev Sharma. He has got 3 Limca Book of National Records in filmmaking. He had previously worked with legendary actor Amitabh Bachchan in “VEERGATHA”, a project by Western Command of Indian Army. “Shuddhi: Ek Nayi Shuruaat” was another ground breaking project by him where all the actors were real prisoners and each one of them got one month remission to their sentence after the project. Bollywood Star Mr. Randeep Hooda has lent his voice as the Storyteller for the film. Other veterans from the film industry such as Film Editor Ballu Saluja (Dangal, Lagaan, Swades etc.), Sound Engineer Ganesh Gangadharan (Yashraj Studios) et al. has also been instrumental in making the project top notch.

Now the department is planning for a grand premiere of the film for the police force and other dignitaries. Upon release, the film will be screened in police training schools as well as in major theatres across Rajasthan at regular basis.