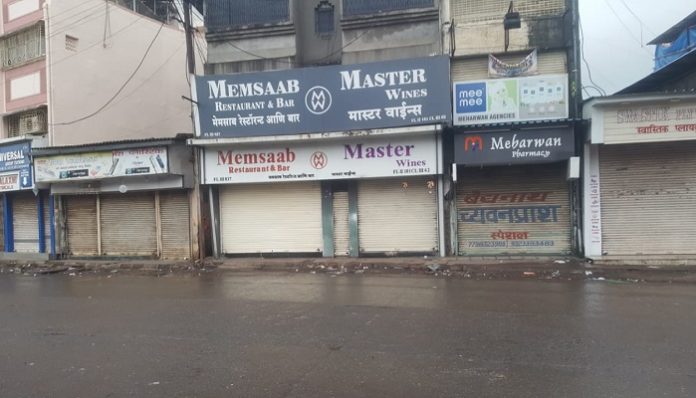 KEEPING in view the upcoming Maharashtra assembly election, the State Excise Department has seized illegal English and Country liquor worth Rs 45,244 at Ulhasnagar in Thane district. The alcohol was confiscated and belonged to Master Wines shop, owned by the notorious Kalani family.

On October 1, 2019, around 2.50 PM, the excise officials Ramesh Dhanshetty and Rathod intercepted a car (MH 03 BH-9169) near Mahavir Hospital, Ulhasnagar-4. The officials seized illegal liquor (English and Country) from the vehicle worth Rs 45,244. Later the matter was handed over to Vitthalwadi police station. Police registered FIR in and arrested car driver Hemant Balaram Gaikar (30).

On July 13, 2019, the Excise Department had raided the premises of Master Wines shop and found several blatant illegalities. Master Wines has three doors and one godown. As per existing rules, the wine shops should have only one (front) door, but Master Wines had three doors. The Shop also has a godown just behind the shop which is illegal. But excise officials have not cancelled the Shop’s license as yet.

It is relevant to note that one of the excise officers Ramesh Dhanshetty was arrested in the past and is facing charges of corruption. At the time of this latest incident on October 1, 2019 this reporter called another officer, Rathod to enquire about possible action against Master Wines Shop. Despite being on the spot, he flatly refused to take any adverse action and lied blatantly. He said “maine nahin kisi aur squad ne raid mari hogi.” (It wasn’t me, some other squad must have conducted the raid). This is the reason Master Wines shop owners blatantly flout the law as even the officials are hesitant and reluctant to take any action against them, despite clear history and evidence of irregularities and illegalities.