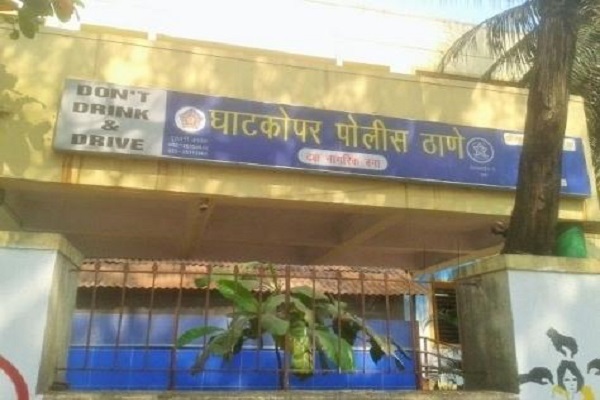 Krishna Pujari an engineer in a company at Andheri and resident of Kanjur Marg (West) has complained against PSI Pardhi and constable Tajne demanding enquiry and action on them. Complaint copy is available with ABI (Akela Bureau of Investigation).

According to complaint, incident took place on June 7, 2017 around 12pm at Gaondevi junction, Ghatkopar west. Auto rickshaw (MH 03 CF 9836) driver suddenly turned right side without indicating signal. Krishna Pujari was unable to control his motorcycle and dashed into auto rickshaw. Pujari fell down and as a result got injured and his motorcycle was damaged. Instead of helping Pujari, auto driver tried to flee in wrong direction. But public caught him. Coincidentally, Constable Tajne was at a nearby spot and he reached there. Public handed over auto driver to him. Tajne himself sat in auto and ordered Pujari to come police station for further action.

Pujari requested Pardhi to register his FIR against auto driver but Pardhi gave him ‘Geeta-Gyan’, “avoid to registering FIR, if you will register FIR your motorcycle will be seized in police station for three months. You will be forced to repeatedly visit police station and court.” When Pujari forced to register FIR Pardhi asked him to arrange medical report. Pujari rushed to Rajawadi hospital and got medical report. He showed medical report to Pardhi and requested for FIR but Pardhi gave him accident report claiming that was FIR.

Krishna Pujari just completed his LLB. He was shocked to see the accident report that Pardhi produced as FIR. More shocking when Pujari asked Pardhi that he has released auto driver without any action Pardhi replied in very shameless manner, “uska auto yahin ha, jab lene aayega to pakad lenge.”

“Pardhi released his auto rickshaw too without any action. One month has been passed for my complaint but no action on Pardhi and Tajne. I will soon file petition against Ghatkopar police station,” said Pujari.