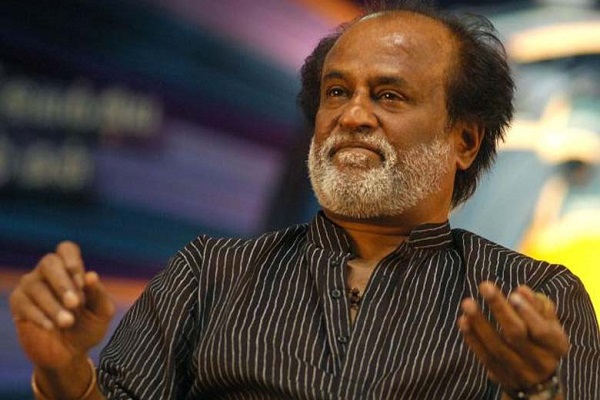 TAMIL NADU farmers protest: Superstar Rajinikanth has proved that his heart is even bigger than his massive stardom and huge fan following. Thalaiva Rajinikanth on Sunday met Tamil Nadu farmers in Chennai and discussed various agriculture-related issues in the state. Not only this, he also promised to donate a whopping Rs 1 crore as aid to help them. Now, political experts are seeing this as a big hint by Rajinikanth about his entry into politics.

According to news agency ANI, Rajinikanth met National South Indian Rivers Inter-Linking Farmers Association chief P Ayyakannu and promised to donate Rs 1 crore as aid. This is not the first time when his actions have hinted at political entry. Earlier, the Tamil superstar had asked his supporters to be ready for war and even asserted the “system is rotten” and it needs to be changed.

The 67-year-old Rajinikanth has a demi-god status among millions of his fans. Still, ‘will he or won’t he’ is the multi-billion dollar question in the minds of his fans in Tamil Nadu who believe that Thalaiva, as Rajinikanth is popularly known, is the only one who can effectively fill the political vacuum with stalwarts like late Jayalalithaa and ailing nonagenarian DMK supremo M Karunanidhi out of the picture in the current political scenario in the state.

However, several times, Rajinikanth has refuted speculations about his political entry. Last month, he declined to answer any political questions rejecting speculations over his possible political plunge. “Please don’t ask political questions,” he had said when reporters asked him about his recent comments on entering politics. The speculation mill on joining politics started after BJP national secretary H Raja had said Rajinikanth is a “popular” personality and is welcome to join the saffron party.