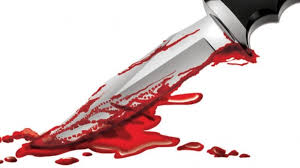 THE Malad police on Thursday booked two men for allegedly killing a man and injuring his wife after they asked the accused to stop urinating near their shop.

According to the police, the deceased Nandlal Kanojia, 48, has an ironing shop at Vasri Hill in Malad (West). For the past two months, he had been living in the same locality with his wife Urmila in a rented house. Police said the couple had quarrels with the accused a few days ago after they threw garbage near the shop. “On Thursday, the accused were urinating near the shop and when the couple tried to stop them, they got angry and attacked the two with a knife,” a police officer from Malad police station said.

Nearby locals rushed them to Shatabdi Hospital, but Nandlal was declared dead on arrival and and Urmila is in critical condition. The Malad police and crime branch unit 12 officials are on the lookout for the two accused and have registered a case under relevant sections of the Indian Penal Code (IPC).