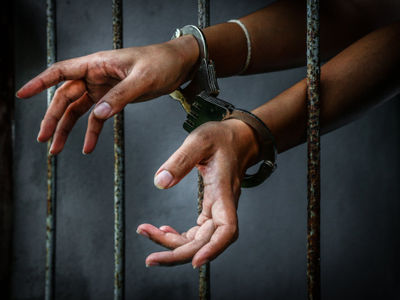 A man in Uttar Pradesh has been arrested for one of the most gruesome murders in recent times where he strangulated his 27-year-old pregnant wife, chopped the body into pieces, ground it, burnt and then dumped the remains on the outskirts of Rae Bareli district.

The murder took place on January 4, but it only came to light on Tuesday after the victim, Urmila’s elder daughter, who witnessed the crime, reached her maternal grandmother’s house and narrated the incident.

Acting on a complaint by the victim’s family, the police arrested the accused Ravindra Kumar (35), and recovered the charred remains which have been sent to the Forensic Science Laboratory in Lucknow for DNA profiling.

“After a complaint by the woman’s family, a team visited Ravindra’s home and informed Deeh police. Cops tried to trace the woman but failed. On January 10, Urmila’s sister Vidya Devi reached Deeh police station and lodged a report against Ravindra accusing him of killing her sister,” Circle Officer (CO) Vineet Singh said

Singh said that Kumar, dialed UP 112 on January 4 and informed the cops that Urmila was missing.

Urmila married Ravindra in 2011 and the couple have two daughters, aged seven and 11.

According to the police, Ravindra wanted a boy in the family and was suspecting that Urmila would deliver a baby girl again.

Ravindra”s elder daughter said that her grandfather Karam Chandra and uncles Sanjeev and Brijesh were also involved in her mother”s murder.

The SHO sent a team to nab the accused but he was found missing from the house.

“We roped in an officer from Childline and talked to the girl who narrated how her mother was subjected to brutality on January 4,” the CO said.

Six teams were formed which arrested all the accused on Tuesday.

Kumar broke down during interrogation and confessed that following an argument, he strangulated his wife in a fit of rage and chopped the body with a sharp-edged weapon before grinding the pieces in a flour mill.

He said he burnt the remains, packed the ash in a gunny bag and dumped it in thickets 4-km away from his house.