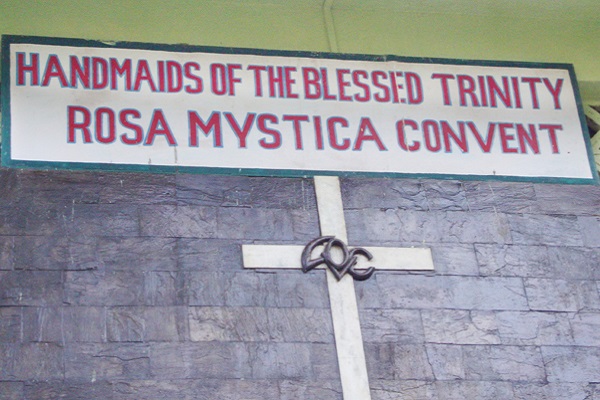 AKELA Bureau of Investigation (ABI) has blown the lid off shocking happenings at the Handmaids of the Blessed Trinity orphanage and convent in Vasai after an in-depth sting done by an undercover woman reporter. Now, another shocking finding is that the orphanage is involved in selling its own students to churches for Rs 20,000.

ABI’s undercover reporter Seema Creado found that Handmaids of the Blessed Trinity orphanage and convent sold its own student Arti Ghodeswar (15) to a Chennai church for Rs 20,000. Parentless Arti and her two sisters are residents of Chembur in Mumbai. In 2013, at the age of 3, 4 and 5, sisters were sent to the Handmaids of the Blessed Trinity orphanage and convent by her aunt (sister of mother) for an education. Instead of giving her a better education and a future that was expected, the orphanage first forcibly converted the girl to Christianity without the consent of her aunt.

In 2014 Arti was sent to the St Agnes Home in Valankani, Chennai. Arti later came to know that she was sold for Rs 20,000. Also, she was appointed to sell candles at the church counter with a monthly salary of Rs 3,000. Arti also claimed that she was never actually given the salary as her Vasai based sisters were depositing it in their own bank account. On February 13, 2016, Seema Creado also visited Valankani Church, where she saw that along with Arti 40 girls were also working as labourers.

Due to mental and physical torture and the verbal abuse by sister Suda Arti tried to commit suicide twice. Sister Suda was abusing girls in filthy language. Suda was commenting on girls as they were orphanage and unlucky for their church.

“The children complained they were tortured and beaten up for not following the orders of the caretakers,” said Creado.

A person who was working with the church saved and convinced her to avoid suicide. The person (name withheld by ABI) kept Arti at home as a daughter. But his brother, who had a property dispute with him, informed the Child Labour department complaining that his brother had appointed a minor girl on a job. The labour officials rescued Arti and handed her over to the Child Welfare Committee (CWC) at Bhiwandi in Thane district, one and half months back.

A CWC officer visited orphanage but did nothing as Sister Eliza claimed that she paid the visitor a huge bribe. Seema also heard at the orphanage that a four-year-old boy, Anurag, was also sold, to a Sion-Koliwada couple, but for what amount was not clear. Anurag and his sister Sakshi were brought to the orphanage at a young age.