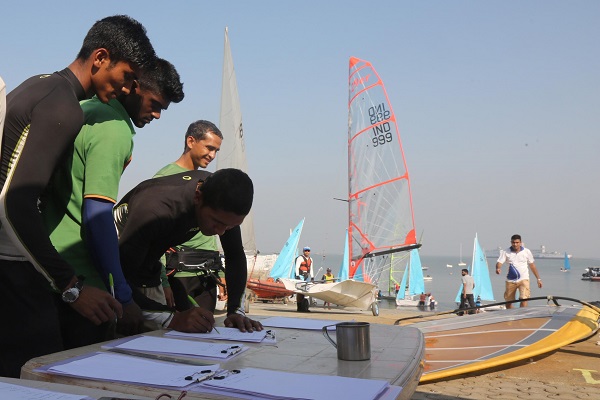 THE YAI Senior National Championship 2016 is being conducted by Indian Naval Watermanship Training Centre, Mumbai from 23 to 28 Dec 2016, at Mumbai Harbour, off Sunk Rock. The Senior Nationals is the signature annual sailing event in India and it attracts the best sailors from all over the country.

The multiclass event is being organised in eight classes of boats, including six Olympic classes. The current edition of the Senior Nationals has seen a record registration of over 200 sailors from different clubs from all over India, who are affiliated to the Yachting Association of India (YAI), making it the largest sailing event in India till date. Vice Admiral Girish Luthra, Flag Officer Commanding Western Naval Command and Vice-President Yachting Association of India will inaugurate the event on 24 December and witness the grand opening race of the 2016 edition of the YAI Nationals.

The races will be conducted in two courses, over two sessions each day in the vicinity of Sunk Rock, Mumbai harbour. A total of 80 races will be sailed over a period of 5 days. The event will also contribute towards selection of the national team, and eligibility for preparators for Olympics 2020. The prize distribution and closing ceremony will be held on 28 December 2016.