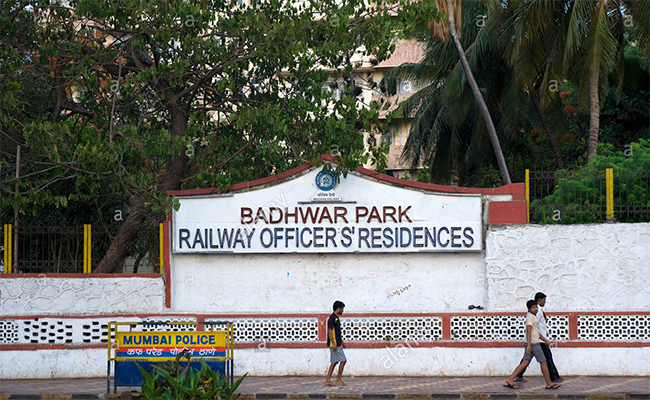 THE Officials of the Central (CR) and Western Railway (WR) carried out a joint inspection of Badhwar Park Railway Colony at Colaba on December 19, 2020. This joint inspection was to follow up on the news article published on ABI (www.abinet.org) that exposed illegal act of JioFiber team through its news article. The officers have issued a memo to Reliance Jio, demanding a copy of the permission that they have received or taken from the officials before carrying out illegal installation works at the Colony.

The joint inspection’s report copy is available with ABI.

According to the news, the officials from Reliance Industries’ Jio division installed cables for their service JioFiber at Badhwar Park, Railway Colony in Colaba. The team installed Cables, Wires, Internet and Phone Wires. The shocking and interesting part is that this was all done during the Covid-19 induced lockdown. The officials, while laying down these cables, caused damage to the structure, its pillars and beams, putting the lives of residents of the colony at tremendous risk. The whole exercise was done without permission from railway authorities. The contractor of JioFiber, Hemant Kawade bribed three officials from the – Ghanshyam Verma, Dr Shubhranshu Kumar and Dr Ashok Pandey-to manage the remaining railway officers. Ghanshyam Verma is mastermind behind these illegal activities. This nonsense officer promised Hemant Kawade to install cables/wires without fear as he is able to manage all railway authorities.

After publishing the news on ABI on December 19, 2020, SSE/W/BP/WR, SSE/W/BP/CR, SSE/Tele/BP/WR and IPF/CCG/WR carried out joint inspection in Badhwar Park colony. The inspection team found out that the news published on ABI was true and that a number of cables were found installed inside the colony. These cables were found unauthorised and were installed in G, H, K, F and P blocks. The officials issued a memo to JioFiber, Hathway and Prime Vision service provider companies. The officials have asked these provider companies to produce a copy of their permission/authority letter from Railway division for carrying out this illegal installation within four days, failing which appropriate action will be taken against the service provider as per the norms. Prime Vision Company has already been providing service for a long time and is authorized by rail authority.

Sr DSC/Mumbai/WR has also tweeted on ABI news that RPF is keeping watch over the activities and will take action accordingly.