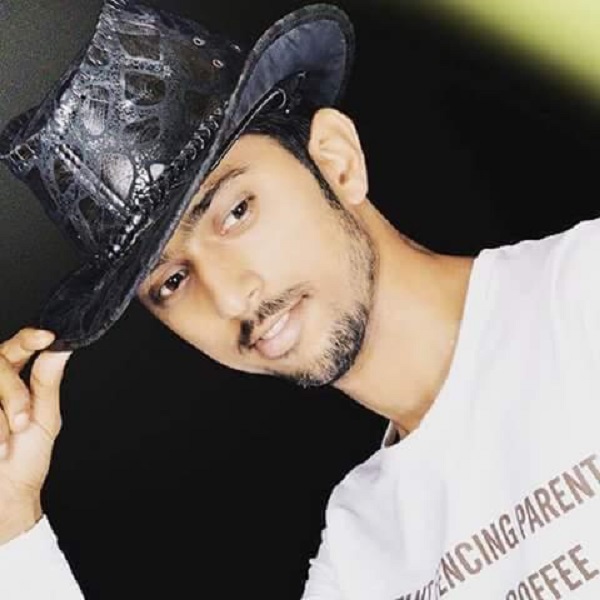 A BOLLYWOOD ‘broker’ is learnt to have offered an aspiring actress help with her career in exchange for sex, telling her that the practice is common. The broker, who claimed to be a producer, director, actor and casting director, promised that he would arrange a performance letter from Yash Raj Films but in exchange she would have to compromise and have sex with him.

The broker, an estate agent identified as Abhinash Raut alias JD, provides flats on rent and takes brokerage for it. His Facebook status states that he is an employee of Fox Star Studios. But a person from Fox Star dismissed his claim. Raut also claimed that he is the owner of ABCD Entertainment Production House and is producer of the movie Happy Days.

She also said that Raut is producing a film named ‘Happy Days’ and if she wanted to make a career in Bollywood she must contact Raut. 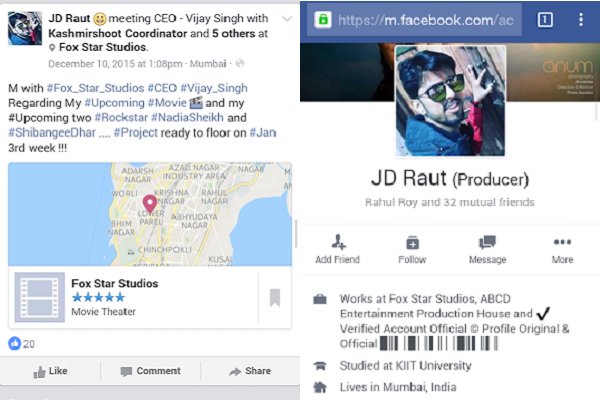 Nafisa contacted Raut, who said that he owned ABCD Production House and was producing the film Happy Days. He said the there was no chance for her in Happy Days as the film was completed. Raut asked her not to worry as he could arrange a role for her in his next film or in a movie by another leading production house. Raut also informed her that if she wanted to be an actress then it would be necessary to compromise. Nafisa refused his proposal strictly. Then Raut said, “Tab to tumhe chhota-mota hi role milega. Agar badi heroine banana hai to compromise karo ya paisa invest karo.” 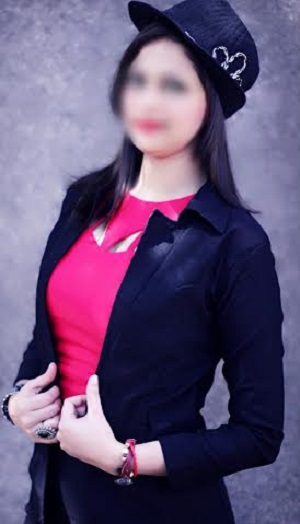 Raut also promised that he will arrange a performance letter of Yash Raj films. He told her that there are lots of controversies and scams in YRF. On behalf of YRF he settles all disputes with Mumbai police. “Police ko to main jaib mein rakhta hoon,” Raut said to Nafisa. Based on YRF letter she could easily get a role in any leading production house.

Nafisa refused to compromise at any cost. Raut arranged for her to stay as a paying guest in his flat at Borivali. He took Rs 15,000 deposit for room, Rs 7,000 Rent, Rs 7,000 brokerage, actor registration fee Rs 1,500 and Rs 2,000 for artist card. While returning in auto-rickshaw Raut hugged and kissed her. When Nafisa opposed it he said that it is common in Bollywood. “Come on baby, itna to karna hi padta hai.”
Nafisa stayed nearly one month at Borivali but Raut failed to give her a role. He always gave new excuses.

Last week, Nafisa returned to Nagpur with broken dreams of being an actress.

When contacted, Raut said, “I will return deposit money soon to Nafisa.”

‘Gauri Bhabhi forced me to stay at Mannat’