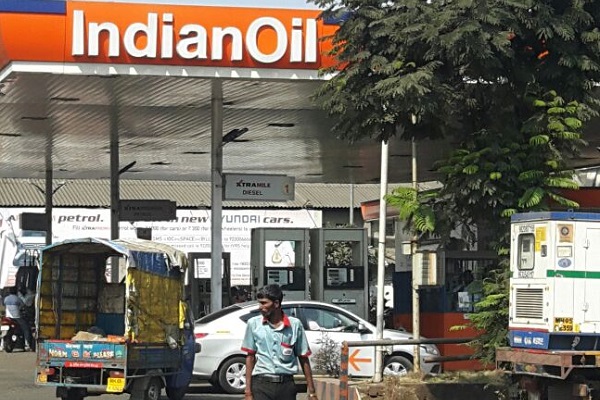 A RESIDENT of Dombivali (east) in Thane district of Maharashtra, Rajesh S Sinha, has complained to several authorities and demanded action against a petrol pump owner for cheating him by filling less fuel and on attendants for abusing and trying to assault him.

Rajesh Sinha is a former journalist who is currently involved in the embroidery business in Dombivali (East). Last week, Sinha complained (copy with ABI) at the Manpada police station and also the Legal Metrology Department seeking action against the petrol pump owner and its attendants.

“As I had heard that it was a cheating trick, I objected and told him not to do so,” said Sinha.

Sinha was too scared to do anything at the time. He tried to leave the petrol pump premises. He gave the attendants a Rs 2,000 note but they refused to accept it, saying they had no change. They ordered him to park his vehicle to one side. Sinha demanded the complaint book but they refused to give it saying there was no complaint book available at pump. After half an hour they gave Sinha change.

On the same day Sinha complained online to the Indian Oil Corporation (IOC). On the second day the IOC officials informed him that the pump had removed the accused attendant and so the matter should be closed from Sinha’s side.

“Techno Petrol Pump is a house of cheats. It doesn’t fill full amount of petrol and uses many tricks to do so. Petrol pump attendants fill less petrol or diesel than is charged for by manipulating the petrol nozzle and if any customer opposes them all handlers abuse and threaten him. I want suitable action,” said Sinha.

Normally in petrol pumps, one person fills petrol & at the same time other person comes in to collect money. They try to do so to divert the minds of the customer, so that they get time to manipulate.

Strict actions should be taken against “Techno Petrol Pump”

it is more interesting now to see, what action police are taking against the petrol pump owner.