Home Crime Chartered Accountant kills 14 of his family, then kills himself

IN a shocking case of murder, a 35-year-old chartered accountant stabbed 14 of his family members to death and then committed suicide in Kasarwadi area in Thane in Maharashtra. The deceased include eight children, his wife, his three sisters and his parents.

Incident occurred early morning (between 2-2.30 am) on Sunday. According to police the accused has been identified as Hasan Anwar Warekar, who resides with his family in a single storied bungalow in Ghodbadar road, Thane (West). Hasan has organised a party at his residence on Saturday night, post which, most of his relatives stayed over.

Prima facie evidence suggests that Hasan bolted all the doors of the house and murdered his family while they were asleep with a knife that we found near his body. The accused then hung himself after killing his family. There were three rooms in the house, while he was in a room with his wife and two daughters on the first floor, his parents and sisters were in separate rooms on the ground floor.

The police was made aware of the matter when one of Hasan’s sisters – Subia Bharmar – had shouted out for help. Hasan slit the upper part of this Subia’s throat; she survived the attack and screamed for help. 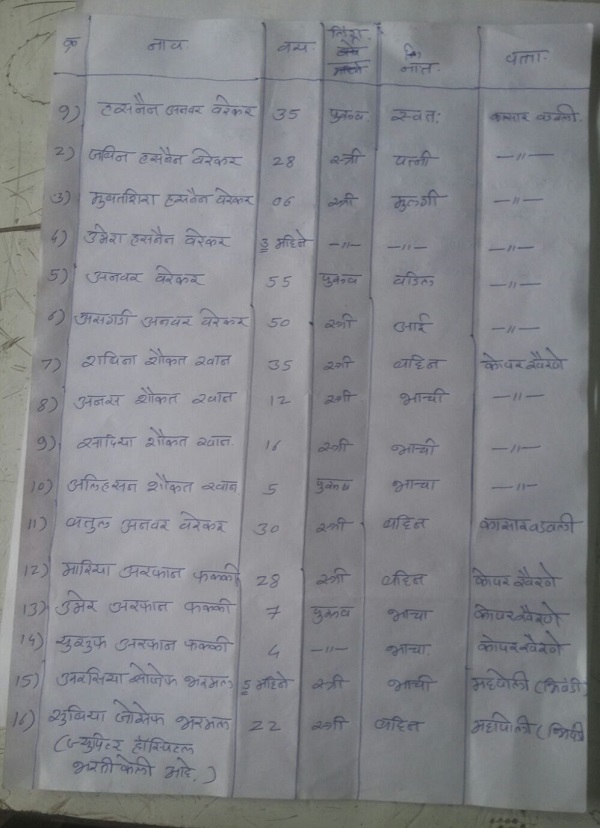