According to the FIR, Verma molested Maurya’s wife while she was serving Poha to him and Verma allegedly pushed her finger.

“Maurya approached Vanrai police station in which initially police refused to register FIR stating there was something fishy in the story. But Maurya put pressure through a fake journalist and the police had no option but to registered FIR,” said Verma.

On February 2, 2015 Verma and on March 9, 2015 Verma’s advocate J B Singh complained (copies available with ABI) in Vanrai police station against Hiralal Maurya and about his scam. 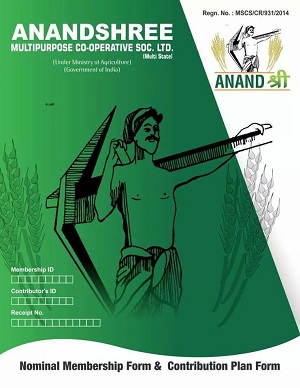 According to complaint Hiralal Maurya formed Chit Fund Company M/S Anandsagar Property Solutions Ltd. on December 3, 2011. After a controversy and SEBI guidelines, Maurya had no option other than that of closing the business of Chit Fund Company on March 30, 2014. Later along with Verma he opened a society named as M/S Anandshree Multipurpose Co‐Operative Society Ltd. Maurya resigned as director from the Chit Fund Company and became the president of the society. Interestingly, he made his peon and driver the directors of Chit Fund Company, so he could control of the fund of Chit Fund Company. The society was leading in four states like Maharashtra, Gujarat, Uttar Pradesh and Bihar. Society was involved in conducting agricultural and economic upliftment activity for poor agriculturist, peasant and giving high returns to its investors.

The business of society was running smoothly but in the month of December 2014 Verma smelt foul play about the investors’ money which was not in consonance of the Chit Fund Company M/S Anandsagar Property Solutions Ltd and still renewals of Chit Fund Company was undertaken by Maurya in the society office. Verma orally advised Maurya several times to stop the collection of chit fund and make plan to return money of poor Investors.

In the Chit Fund Company investors were shown an open plot and were asked to invest with a promise of a higher return in the due course of time and accordingly a bond was issued from M/S Anandsagar Property Solutions Ltd. The transactions have approximately amount to Rs. 10 crore till date.

Still Maurya was collecting renewal of M/S Anandsagar Property Solutions Ltd. in the society office and operating the current account of Chit Fund Company alone, in spite of resigning as the director of Chit Fund Company. In fact company M/S Anandsagar Property Solutions Ltd has no assets resembling to the investors money and thereof company has not issued allotment letter to the investors. This is illegal and against the rules and regulations of company which results in misappropriation, forgery, cheating and criminal breach of trust with the investors. The Chit Fund Company is not having registered office as on date and also till date no balance sheet has been filled with ROC since inception.

“Maurya was using Chit Fund Company investor’s money in personal luxury and leading to lavish life. He was registering plots on his personal name which should have been purchased in name of company,” said Verma.

Verma informed Maurya orally many times. Besides that Maurya failed to control on irregularities. Slowly‐slowly all the directors of the society came to know about irregularities in the society. They suggested Maurya to do as per rules and regulations of by‐laws of society. Surprisingly Maurya got disappeared.

On January 23, 2015 directors received a letter which stated that Maurya has dissolved the regular committee of the society on January 15, 2015. He removed/ dismissed all directors without observing any process and decorum. Maurya also formed new committee/board of directors and appointed himself as chairman along with all other family members.

On January 28, 2015 Verma personally received a letter which stated that Verma was expelled along with the eight directors. Verma along with eight directors was alleged for misappropriation of fund and misbehavior with a lady staff.

On March 30, 2015 after the board meeting, Maurya remained as director and was removed from the post of president. Because of his misconduct of the society Verma was elected as president of society by other members of the society.

Despite repeated attempts Hiralal Maurya was not available for comment.