Home Entertainment I was the darling of my teachers : Sherlyn Chopra 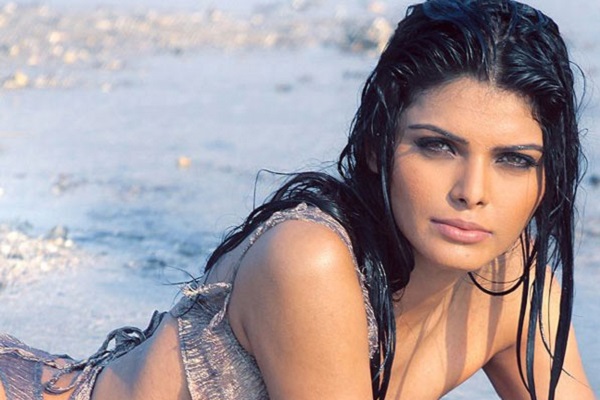 SHERLYN Chopra often makes headlines for her bold statements. Known as one of the fittest and the boldest actress in the industry she created history by becoming the first Indian to feature on the cover page of a Playboy Magazine. Aloof, elegant and confident Sherlyn Chopra in a candid interview with ABI she spoke about playboy magazine, Vidya Balan and more…

A beautiful woman with such intellect and creativity with power of expressing so articulately. Tell us how you were as a kid?
Thanks for the lovely compliments! As a kid, I was the darling of my teachers as I excelled in both academics and extra‐curricular activities such as poetry recitation, elocution, debate, skits, plays etc. etc. As I was a total nerd, my books were my only best friends. No wonder I was the school topper all through my school life.

A very few celebs globally have a website on their name and you’re one of them…
Thanks to my digital team who had registered my website domain even before I became a brand to reckon with. All my digital touch points are under the diligent supervision of my digital team.

You hold the title of first Indian on a Playboy magazine, tell us something about that.
I’m proud of having had the courage to fulfill my dream of becoming a cover girl of Playboy. Not once did I feel awkward during the shoot. Perhaps, it’s to do with the consistent conditioning of the human mind through which one could overcome pre‐conditioned prejudices and false premises. Surprisingly, upon my return to India from Los Angeles, post the iconic shoot; the plaudits for my global accomplishment had outnumbered the brickbats It would not be unfair to say that India is more progressive and tolerant than otherwise.

How true it is when people say you and Poonam Pandey are like Parveen Babi and Zeenat Aman of the modern era?
I honestly believe that we are all unique. Our thought patterns, our ideologies, our beliefs, our ultimate objectives make us one of our kind. Comparison is the thief of joy. So, why compare when we can all bloom together?

How would you define freedom for the fraternity in your own words based on the real life situations ?
I strongly believe that no nation or constitution can guarantee freedom to its citizens as long as there are anti‐social elements prevalent in our societies. Therefore, the price of freedom is eternal vigilance. As for creative freedom in the Hindi film industry, I stand with Anurag Kashyap and the likes of him who believe that as adult viewers, we need no censorship. If we are adult enough at the age of 18 to have the discernment to participate in the electoral process of our nation, then at the age of 18 and above, we surely are adults enough to watch feature films with sexual or risqué content. It is high time we unite as a relentless force to say ‘no’ to double standards and to moral policing.

Which actress as per you would be the best to take your place if you had never planned to be in the industry ?
I still have to carve a niche for myself. I have so far portrayed only my glamour on screen. In my upcoming releases, the viewers would undoubtedly get to see my range and caliber as an actor.

Your upcoming work on ‘Bad Girl’ is getting good recognition but why did you choose moral policing as the context for it?
I’m highly allergic to moral policing. Hence, I chose to voice my thoughts on the same in a mellifluous manner. My second single is about embracing vulnerability as one’s strength.

What inspired you to produce a short film that’s currently being shot at Rajasthan ?
When I heard the short film story, I was moved to tears. It was right then that I decided to produce the short film which is based on the heart enflaming and soul captivating journey of a poor girl in Rajasthan.