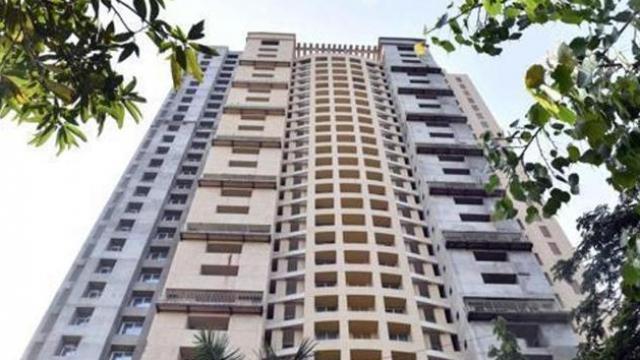 ENFORCEMENT Directorate (ED) officials on Wednesday visited the Adarsh Society in Colaba and started measurement of the said premises. This was the second time that ED officials were visiting the controversial housing society allegedly constructed on land allotted for welfare of war widows and defence personnel.

In the 31-storey tower constructed on prime property in Colaba, South Mumbai, several bureaucrats, politicians and defence officials were offered flats and named as accused. Former Chief Minister Ashok Chavan who was named as an accused by CBI in the case had to resign while few other senior politicians were also under probe.

Adarsh Society officials however raised objections to the step by ED and shot a letter to ED asking it to inform them 15 days in advance before visiting the premises.

The letter addressed to ED by Secretary of the Adarsh CHs Limited said that if the demanded information or documents provided by them or CBI are not helpful, the agency shouldn’t take any coercive action like attachment, seizure or possession of the property. For any such action, CBI needs to take prior permission from the Supreme Court and inform them in written 15 days in advance.

Generally measurement of property is carried out for valuation and it is likely that after valuation the property could be seized, secured or even attached. ED had registered Enforcement Case Information Report (ECIR) in the Adarsh Society scam in 2012 but little probe have happened since then. Action by ED officials hinted that the probe is being expedited.

The ED ECIR was registered as per the CBI FIR and it also named the same accused as the CBI. The dealings behind the allotment of flats are under probe by the agency and the investigation being expedited could see action against the accused as well.