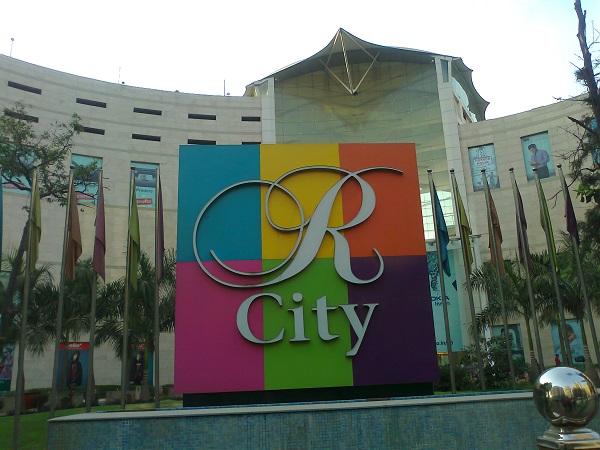 EIGHT food stalls in R City Mall at Ghatkopar are running without requsite licenses. Food officer T N Shingade comes under scanner after he visited the mall to check the licenses but returned after taking NASTA-PANI. He has not initiated any other action against them.

R City Mall is a prominent shopping mall located LBS Marg, Ghatkopar (West), Mumbai. The mall is spread across 1.2 million square feet with the capacity to house over 350 stores. The mall was opened in 2009 and has been developed by controversial builder Runwal Group. There is food court on third floor. Moms’ Kitchen, Yumie-Tumie, Baskin Robbins, Kailash Parbat, Royale Labanese wraps, Junos Hospitality, Work in the box, are the restaurants that have been running without licenses.

RTI activist Dr Ved Tiwari on September 14, 2016 complained to Food and Drug’s Administration (FDA), Mumbai to check the licenses of food stalls after he was informed by a shop owner that no food stall have any licenses since their opening. Tiwari did not get any response after four months, he submitted a RTI application on December 30, 2016 demanding information that what action have been taken on his complaint application. On January 27, 2017 FDA replied that all food stall’s owner have applied for FSSAI license. On January 30, 2017 Tiwari again filed RTI application demanding information that when stall’s owner applied for license also asked for inspection report inspected by T N Shingade. On February 16, 2017 FDA replied that six stall owners have applied after Tiwari’s complaint and two applied on January 25, 2017.

Tiwari complained to government of Maharashtra and as well as Joint Commissioner (FDA) Suresh Annapure demanding action on food officer T N Shingade. On September 21, 2017 Governor forwarded complaint application to FDA remarking that T N Shingade has not followed his job responsibility. His activities are under suspicion and that he did corruption in the matter.

“As I was informed by a FDA officer on condition of anonymity T N Shingade inspected the mall but has not prepared any inspection report. He returned after taking Nasta-Pani in stalls. When I brought this to notice of Suresh Annapure, instead of taking action he diverted the issue,” said Tiwari.