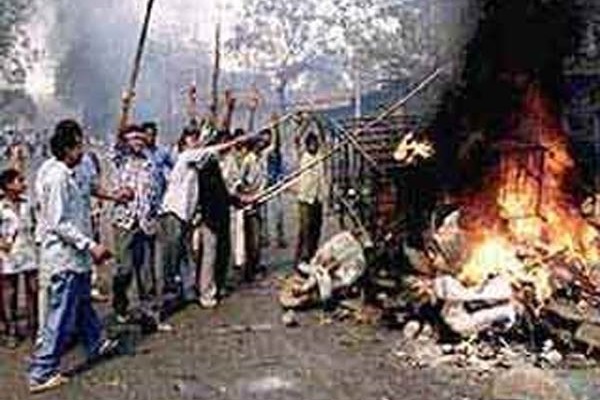 A special court on Thursday convicted 24 out of 61 accused acquitting 36 here on Thursday in the case of 2002 Gulbarg Society massacre case in Ahmedabad, Gujarat. 24 of 66 people who stood trial have been convicted, 11 of them for murder, by an Ahmedabad court.

Sentencing of the case has been posted for June 6.

According to media reports, a mob of nearly 20,000 people had attacked the Gulbarg society on February 28 – a day after the attack on Sabarmati Express train at Godhra left 59 people dead. The attack on Gulbarg society – a cluster of 29 bungalows and 10 apartment buildings housing mostly Muslims – was one of the most infamous episodes during the 2002 Gujarat riots. It is among the 10 major riot cases reinvestigated by the Supreme Court appointed Special Investigation Team or SIT.

14 years after in which 69 people, including former Congress lawmaker Ehsan Jafri, died, special court is delivered its judgment today. 24 of 66 people who stood trial in have been convicted, 11 of them for murder.

Bipin Patel, a BJP corporator from Asarwa area and among the key accused, is among 36 people who have been acquitted.