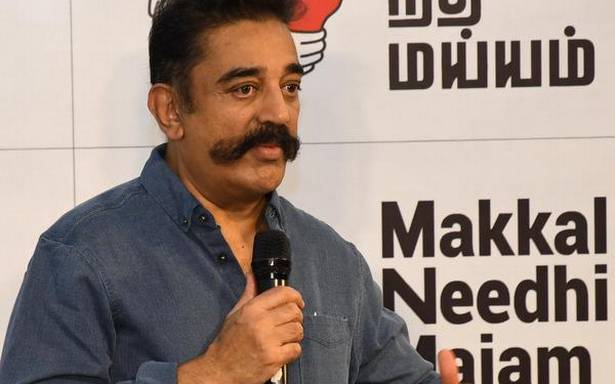 ACTOR Kamal Haasan-led Makkal Needhi Maiam (MNM) on Monday filed a plea in the Supreme Court against the Citizenship (Amendment) Act (CAA).
The MNM, in its petition, said that the amendment gives special protection to religious minorities only and excludes linguistic minorities, which is “unconstitutional”.

The religion-based classification of Citizenship (Amendment) Act, 2019 is an impermissible classification and violates Articles 14 and 21 of the Constitution of India, the petition states.

It sought “appropriate order/direction on the issue” by the apex court.

“In these circumstances, it is most respectfully prayed that the apex court may be pleased to issue a writ or declaring the Citizenship (Amendment) Act, to be in violation of Article 14 and 21 of the Constitution of India and strike down the same,” the petition of MNM said, seeking the SC should pass appropriate directions in the very sensitive issue.

The petition has pleaded that the Act should be declared as unconstitutional as it is violative of Articles 14 and 21 of the Constitution.

The CAA grants citizenship to non-Muslim refugees of Pakistan, Afghanistan and Bangladesh who fled religious persecution and arrived in India on or before December 31, 2014.