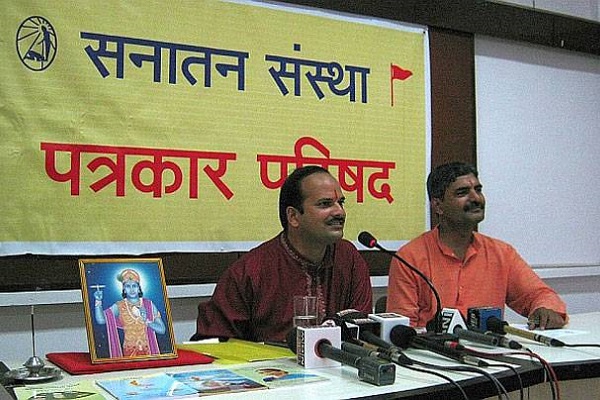 ADDRESSING a press conference, Sanatan trustee Nitin Sahakari asked that what is wrong if married couples in Sanatan Ashram use family planning tools (Condoms), when government spends crores of rupees to encourage such material. Sahakari dismissed the allegation that condoms are used in the Ashram for some other purpose.

According to media reports, Saurabh Lotlikar, president of Ramnath Yuvak Sangh, had made an allegation that Sanatan Sanstha collects condoms in thousands, to be used at the Ashram.

Sanatan Sanstha also released a press note advising that performing sadhana by maintaining the family life. Sahakari said it is surprising to take objection to use family planning tools (condoms). He also said that there is not a single incident of law and order problem created so far due to the existence of Sanatan Ashram.