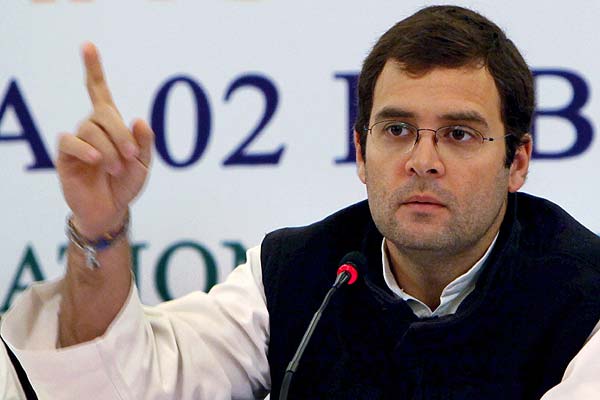 An Rashtriya Swayamsevak Sangh (RSS) worker Rajesh Kunte (a resident of Bhiwandi) has filed a defamation case against Rahul Gandhi over his speech that was delivered in Bhiwandi on March 6, 2014 in the run up to Lok Sabha polls. Gandhi had allegedly accused the RSS for killing Mahatma Gandhi.

Kunte has claimed that the Congress leader is trying to tarnish the image of the RSS.

Although, on Thursday, the Supreme Court had exempted Rahul Gandhi from making personal appearance in the court. However, Rahul Gandhi attended the magisterial court in Bhiwandi saying he had given the commitment to come here.

Speaking to media Rahul Gandhi said, “I had made a commitment that I would come. We respect the judiciary, that is why I am here. The fight which Gandhi ji fought is our fight. We will fight that and we will win. When I make a commitment I fulfill it.”

Rahul Gandhi spent less than 15 minutes in court, but his team did not miss the chance to project it as more than a routine visit.

The next hearing of the case has been kept on September 30.