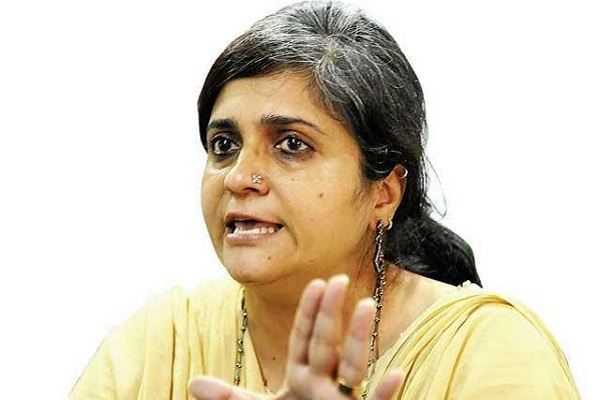 CIVIL rights activist TEESTA Setalvad’s NGO was on Thursday banned from receiving foreign funds. The Ministry of Home Affairs (MHA) cancelled the Foreign Contribution Regulation Act (FCRA) registration of Sabrang Trust. According to media reports, the Sabrang Trust has spent an amount of Rs 50 lakh for Sabrang Communications & Publishing Pvt Limited (SCPPL), of which Setalvad and Anand are working as directors, co-editors, printers and publisher, “clearly violating the mandate of the FCRA,” the MHA order said.

Trust has made direct payments of approximately Rs 12 lakh from FCRA designated account to Citi Bank and Union Bank of India on account of credit cards belonging to Teesta and Anand respectively.

Another NGO run by Teesta and Anand — Citizens for Justice and Peace — has already been put under prior permission category, thus making it mandatory for the organisation to take permission from the Home Ministry before accepting or utilising any foreign contribution. Following a recommendation of the Home Ministry, CBI has already registered a case and launched a probe against Sabrang Communication and Publishing Pvt Limited for allegedly accepting and utilising foreign contribution in violation of FCRA.

Teesta Setalvad is an Indian civil rights activist and journalist. She is the secretary of Citizens for Justice and Peace (CJP), an organisation formed for fighting for justice for the victims of communal violence in the state of Gujarat in 2002. CJP is a co-petitioner seeking a criminal trial of Narendra Modi, the then Chief Minister of Gujarat and the current Prime minister of India and sixty-two other politicians.