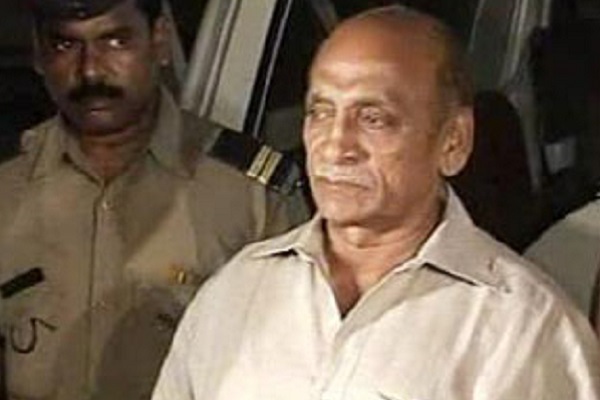 On March 25, 2015 Parasmal Jain wrote two letters (copy available with ABI) addressing the Sessions Court, Mumbai. According to letter he (Jain) confessed his crime under section 306 of CrPC. Jain also wants to change his advocate.

Jain accepts that he is HIV + patient and on June 15, 2009 lost his wife Parasmani due to heavy mentally tortures. Jain says he confessed that he is a part of the conspiracy and execution of crime that involved killing Pawanraje Nimbalkar. He accepts that under which charges CBI has arrested him are true. There are a lot of administrative and political secrets hidden in this matter. According to Jain he informed in advance the Chief and Principal Justices, High Court Bombay, Union Home Minister and Chief Minister of Maharashtra about his confession.

In the second letter Jain demanded police protection for his daughters- Varsha, Sarika, son Sanjay, witnesses and for himself. Jain accepts that he himself has given information to CBI about the case in writing. Padamsingh Patil, Mohan Shukla, Satish Mandade and Gyanednra Pandey alias Chhote tortured the witnesses and tampered the case. Jain also confessed that on instructions of a former Union Home Minister, a former Chief Minister of Maharashtra and former Home Minister Jayant Patil, officials of Mumbai police crime branch unit-5 Dilip Rupwate, Milind Gaikwad, Ishwar Badhawane, Pravin Bhagat and others hatched the conspiracy in this case.

Remember, on February 22, 2012 CBI filed an affidavit before the High Court stating that due to threat tactics adopted by Padamsingh Patil nine witnesses turned hostile during the course of trail.

On June 3, 2006, Pawanraje Nimbalkar along with his driver was shot dead on the Mumbai-Pune Express Highway at Kalamboli in Navi Mumbai. Two gunmen opened fire at him.

It was revealed by Nimbalkar’s son, Omraje, who claimed his father was eliminated as he was growing more popular than Padamsingh Patil, and had started challenging Patil’s political supremacy.

Padamsingh Patil is the main accused. He allegedly paid Rs. 30 lakh to the alleged contract killer Parasmal Jain to kill Nimbalkar. The money had been delivered through Padamsingh Patil’s aide Mohan Shukla.

On August 20, 2009 CBI filed chargesheet in the matter. According to the chargesheet Padamsingh and co-accused Satish Mandade and Mohan Shukla entered into the criminal conspiracy to eliminate Pawanraje Nimbalkar.