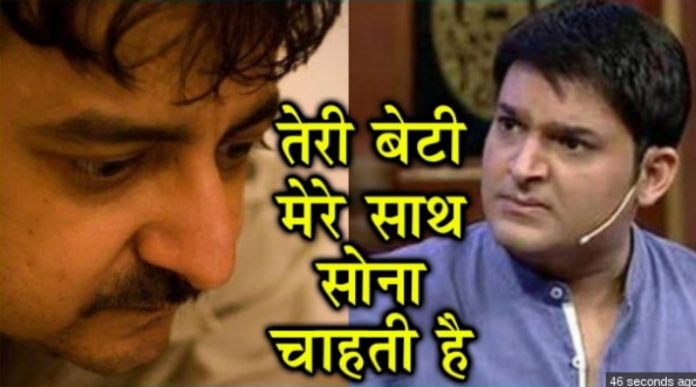 Kapil Sharma was apparently angry after Lalwani’s website reported the true incident about Kapil Sharma making Rani Mukherjee wait for the shoot and then cancelling it later, leaving her stranded. Earlier Lalwani had reported that Kapil Sharma is a bad (super flop) actor. Kapil Sharma’s two films (Kis kisko pyaar karoon and Firangi) were box office disasters and Kapil, who recently made a comeback on the small screen with ‘Family Time With Kapil Sharma,’ couldn’t garner a positive response from the audience. If reports are to be believed, the show is expected to go off air soon.

It seems that all the fame has gone to Kapil Sharma’s head and he thinks he is a big superstar. The way he ill treated his co-stars on his previous show ‘Comedy Nights with Kapil’ made big news few months back. At that time, Kapil was accused of abusing, name calling and getting drunk while on the set and show. He promised that he would come back as a changed man. But it is very clear that nothing has changed with Kapil and he is still the self centred, arrogant, third grade actor he always has been and that he has no feelings about openly abusing others.