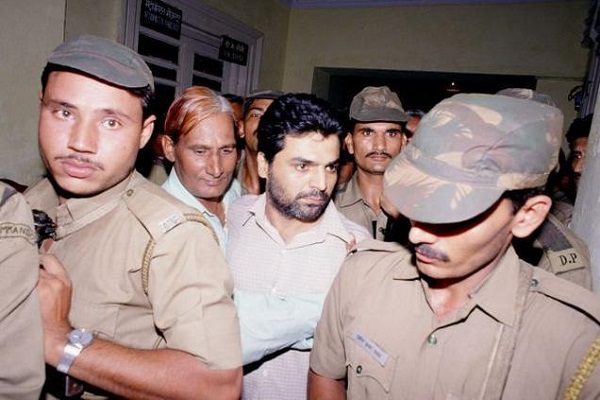 YAKUB Abdul Razak Memon, the 1993 Mumbai serial bomb blasts convict, finally hanged to death at 7 AM Thursday in Nagpur Central Jail after his mercy petition was rejected by Maharashtra Governor Chennamaneni Vidyasagar Rao and soon after a three-member bench of the Supreme Court threw out his plea seeking a reconsideration of his death sentence.

According to jail sources he was woken up at 3.30AM. Permitted a warm bath and provided a set of fresh clothes. He was offered a breakfast of his choice and he then underwent a final medical examination.

He was hanged in presence of nine jail and police officials.

Twelve coordinated blasts had rocked Bombay, as the city was then known, on March 12, 1993, leaving 257 dead and over 700 injured. According to Indian authorities, Memon financially assisted his brother Tiger Memon and Dawood Ibrahim in planning and executing the bombings. Memon handled Tiger’s funds, funded the training of 15 youths who were sent to Pakistan to learn the art of handling arms and ammunition, purchased the vehicles used in the bombings, and stockpiled weapons.

Memon, a chartered accountant (CA) by profession and younger brother of 1993 Mumbai serial blast mastermind Tiger Memon, know something about him…….

Memon was born on July 30, 1962 in Mumbai and grew up in the Byculla neighborhood, where he attended Antonio D’Souza High School. He completed a Masters in Commerce at the Burhani College of Commerce and Arts. In 1986, Memon enrolled in the Institute of Chartered Accountants of India and completed study as a chartered accountant in 1990.

In 1991, Memon founded the chartered accountancy firm ‘Mehta & Memon Associates’ with his childhood friend Chetan Mehta. The following year, they parted ways, and he founded another accountancy firm ‘AR & Sons’. Named after his father, it was so successful that Memon won a “Best Chartered Accountant of the Year” award from the Memon community of Mumbai. He also formed the export company ‘Tejrath International’ to export meat products to the Persian Gulf region and Middle East.

1-Memon hails from the Memon community in the Kutch area of Gujarat. He ran a chartered accountant company in partnership with Chetan Mehta in Mumbai.

2-Memon who cracked the competitive chartered accountancy examination in 1990, completed two post-graduate degree programmes while in prison. As part of the distance learning programme organised by the IGNOU, Memon received a PG degree in English literature in 2012 and passed the exam for another PG programme in 2014.

3-According to B Raman, a 1961 batch IPS officer, there is not an iota of doubt about the involvement of Yakub and other members of the family in the conspiracy and their cooperation with the ISI till July 1994. In normal circumstances, Yakub would have deserved the death penalty if one only took into consideration his conduct and role before July 1994. Yakub Memon handed himself to the Indian government to assist with their investigation.

4-It was Yakub Memon, himself, who insisted that his family should come out of their hiding in Pakistan and return to their homeland to start afresh and cooperate with the Indian authorities. Soon after, they found themselves slapped with charges of their alleged involvement in terrorist activities and all including daughter-in-law and parents were thrown behind the bars.

5-The Special Terrorist and Disruptive Activities (TADA) Court convicted on July 27, 2007, hundred persons and awarded death penalty to 11 persons. In appeal, the Supreme Court commuted the death sentences of all the convicts except Yakub Memon”. And those whose death sentence was commuted were trained for handling arms and played a direct role in planting explosives.

6-Yakub Memon has already spent more than two decades behind the bars, while his trial took 14 years to arrive at a conclusion.

7-After his curative petition was rejected last week, Yakub Memon filed for a fresh mercy petition before the state court. Besides this, several political leaders, judges, academicians and people from the film industry have signed a petition seeking clemency for Memon. This includes Shatrughan Sinha, Mani Shankar Aiyar, KTS Tulsi, Naseeruddin Shah and Mahesh Bhatt. However, it is today that the Supreme Court will give a hearing to his plea for a stay on the judgement of capital punishment.