Home Others 2 people arrested after they were caught killing crows & selling their... 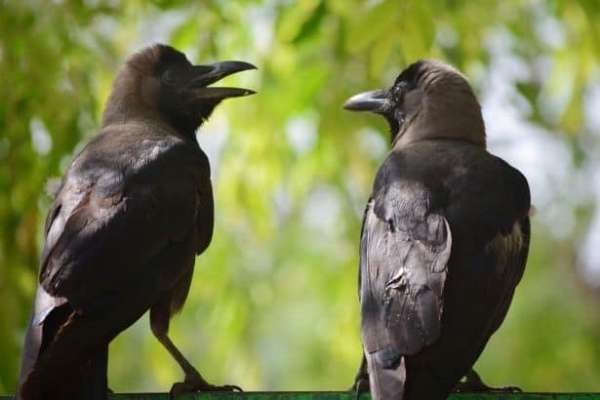 THIS piece of news will definitely remind you of the famous ‘Kauwa Biryani’ scene from Bollywood movie ‘Run’! On Thursday, two people in Tamil Nadu’s Rameswaram were arrested for allegedly killing crows and selling their meat to chicken stalls.

The police has seized around 150 dead birds from the accused.

As per local reports, the case came to light after pilgrims of a local temple noticed that crows kept dying when they were fed the rice that devotees offer at the temple.

When the temple authorities approached the administration, officials conducted an enquiry and found that the birds died after consuming liquor-laced food offered by the poachers who later sold their meat to chicken stalls.

Reportedly, these stalls mix the crow meat with that of chicken before selling it to roadside eateries. After the scam was busted, the police is also likely to investigate roadside eateries for further information on the use of crows as a substitute for chicken.

Such cases, however, are not so uncommon. In a similar case in 2016 in Mumbai, stray dogs were suspected to have been killed and sold as a substitute for chicken.