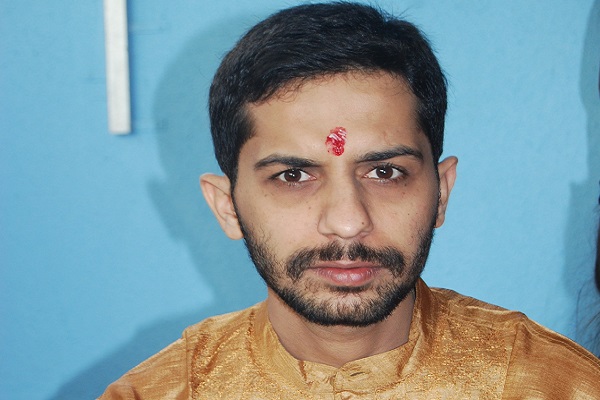 YOGESH Bhardwaj alias Chhotu, a Navi Mumbai based self-proclaimed senior advocate and criminal counsel has been booked by the Meghwadi police in Mumbai for allegedly intimidating, impersonating, stealing data, hacking into computers/emails, defaming by printing and circulating such materials of one complainant.

Shockingly, this is 8th FIR against Yogesh Bhardwaj. Seven FIRs has been registered against him in past at Mumbai and Navi Mumbai police stations for cases like murder, rape, extortion, kidnapping, robbery, dowry, destroying evidence and house trespass to hurt.

The Turbhe police in Navi Mumbai had also externed him from Mumbai, Thane and Navi Mumbai.

On February 8, 2015, the Meghwadi police registered an FIR (copy available with ABI) against Yogesh Bhardwaj under sections 500 (defamation), 504 (Intentional insult with intent to provoke breach of the peace), 506 (II) (criminal intimidation) and 66 (A) of Information Technology (IT) (sending offensive messages through communication service) act. Yogesh has continued posting disparaging, lewd and vulgar remarks about real brother-in-law Mohit Bhardwaj, his parents, wife and daughter on social networking sites like Facebook, WhatsApp, Twitter and YouTube and allegedly issued threats and extortion demands through these very sites.

Last month City Civil Court (Dindoshi) Judge S. B. Jagtap passed an order that Yogesh Bhardwaj cannot post any materials or comments against his brother-in-law Mohit Bhardwaj on any social networking sites. However, after he did not stop the Meghwadi police registered an FIR against him in the same matter. The complainant is none other than Mohit Bhardwaj, the real brother-in-law of Yogesh Bhardwaj.

Yogesh has allegedly created havoc in Mohit’s family life by expecting Mohit’s wife who is his sister to protect him from legal actions. Mohit Bhardwaj a highly educated, Chartered Marine Chief Engineer and Shipping/Financial Consultant, has been under threat from Yogesh for over a year and now has decided to take help from the police.

When contacted by ABI Yogesh denied knowledge about the complaint.

“I am not aware about any fresh FIR,” said Yogesh Bhardwaj.

Mahadev Salve, police inspector, Meghwadi police station confirmed, “We have registered an FIR against Yogesh. I am waiting for Cyber Cell police report. Once we get it, we will surely take action.”

Mohit Bharadwaj is shocked and intimidated by Yogesh. “I am shocked at the dirty comments and abhorrent actions of career criminal on his own real sister and niece. I hope that police take strict action against him. It should serve as an exemplary reminder that Internet is not free remote tool to unleash private vengeance, harassment and veiled extortion. He has destroyed so many families and is still out on 3 to 4 different bails and is continuing to destroy more lives and families,” alleged Mohit Bhardwaj.

According to available police records seven FIRs have already been registered against Yogesh in the past.

Apart from police cases, there are two criminal cases also pending against him in court.

There are also cases filed for cancellation of his anticipatory bail in High Court and Supreme Court.

Some other facts about Yogesh

1- On June 21, 2005 Yogesh was convicted and sentenced to life imprisonment for killing his wife Prachi. On March 30, 2003 his wife was found murdered in her house in Khoparkhairane in Navi Mumbai.

4- The same woman had earlier accused Yogesh of rape, cheating and trying to extort money.

5- In 2009 Yogesh was declared a “habitual offender” by Turbhe Police and was punished by externment (Tadipar) from Mumbai, Thane and Navi Mumbai.

6- Yogesh also stole Data from Mohit’s internet storage accounts and passed on to Vikas Oberoi a controversial builder against whom Mohit has filed FIR on behalf of the residents of his building.

7- Yogesh who claims to be a lawyer while obtaining certificate (Sanad) had not disclosed his previous conviction and spate of pending criminal cases or else Sanad would not have been issued to him as per Advocates act 1961. (Bar council Order dated 9th May 2014 (copy available with ABI)).

8- As per High court order dated March 22, 2010, the bail obtained in the murder case was by intentional misleading the court that Yogesh was out on bail during murder trial. Even the present conditional bail order was managed stating that Yogesh wanted to study law. (Copy available with ABI).